As Debunking Continues, Congress Pushes for US Contractors to Profit Off Iron Dome 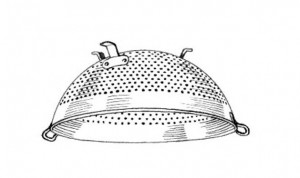 Back in April, I wrote about the horrible success rate of Israel’s Iron Dome defense system and the outrageous sums of money that the US has poured into it. With more rockets now being fired fired from Gaza and Israel responding by massacring Palestinians who have no escape, the Iron Dome system is getting renewed attention. And as with much in the Israel-Palestine situation, there is the propaganda we see in much of the main press and then there is the stark reality behind it that is vastly different.

Writing in The Atlantic, James Fallows noted a week and a half ago how the Washington Post had swallowed the propaganda completely, putting up the headline ‘Israel’s “Dome’ changes the fight” and provided a snippet of the Post’s praise:

To Israeli security officials, the success of Iron Dome is akin to that of the separation barrier between Israel and the West Bank, which they say helped bring an end to an onslaught of suicide bombings in the early 2000s.

The Iron Dome system has rendered rockets so ineffective that Hamas and its allies have, in recent days, been attempting more-creative ways of attacking Israel.

To debunk this baseless propaganda, Fallows relied heavily on an article by John Mecklin in the Bulletin of the Atomic Scientists. Mecklin pulls no punches, titling his piece “Iron Dome: the public relations weapon”. Unlike the Post’s propaganda, Mecklin backs up his piece with evidence, experts and explanations that ring true to common sense:

With the latest rounds of rocket fire from Hamas fighters in the Gaza strip, Israel’s missile defense system, known as Iron Dome, is getting a lot of press again, much of it positive. As with much reporting on missile defense, however, the Iron Dome coverage has lacked context and misconstrued reality.

Ted Postol, an MIT-based missile defense expert and frequent Bulletin contributor, provided a dose of context to the Iron Dome coverage in a National Public Radio interview Wednesday. “We can tell, for sure, from video images and even photographs that the Iron Dome system is not working very well at all,” Postol said. “It—my guess is maybe [it hits a targeted missile] 5 percent of the time—could be even lower. … And when you look—what you can do in the daytime—you can see the smoky contrail of each Iron Dome interceptor, and you can see the Iron Domes trying to intercept the artillery rockets side on and from behind. In those geometries, the Iron Dome has no chance, for all practical purposes, of destroying the artillery rocket.”

For Iron Dome interceptors to work properly, they have to hit the incoming rockets head-on. See this description for Bloomberg from Richard Lloyd, who often collaborates with Postol:

The strength of Lloyd’s critique is that ordinary people can evaluate the effectiveness of Iron Dome just by looking up in the sky at the contrails of the antimissile system’s Tamir interceptors. If it’s working properly, the interceptor missiles shoot upward and meet incoming Hamas rockets as they fall to the ground at a steep angle. The contrails are short and go straight skyward. If it’s not working, the contrails form loop-de-loops as the interceptors chase after the rockets and catch them from the side or behind.

Hamas rockets that are hit from the side or behind may be knocked out of the air, but their warheads usually aren’t detonated, Lloyd says, so they can still explode when they hit the ground and cause serious damage.

Lloyd continues, describing why it is so hard to destroy these rockets:

Hamas warheads aren’t easy to blow up in midair. The explosive used—TNT—is fairly inert and encased in a thick steel tube. The Tamir interceptors are supposed to blow up when they get close to the rockets and shred them with small steel rods. But the rods spray in all directions, so most don’t even touch the rocket. Many of those that hit may deflect off. The rods don’t have much chance if the timing or direction of the interceptor is even slightly off, according to Lloyd’s calculations.

As I described back in April, despite the abysmal performance of Iron Dome, the US has sunk over a billion dollars into the program. And despite this horrific waste of money, it appears that our elected officials are only upset about one aspect of the program. Most of the money spent to date on the program has gone to Israeli companies, and so Congress is moving now to make sure US contractors get a piece of the action:

Up to this year, the major portion of Pentagon-supplied Iron Dome funds — said to be over 90 percent — was spent in Israel. Compare that with the Bush administration’s 10-year, $30 billion military aid agreement with Israel in 2007, which limited 26.3 percent of those U.S. funds to be spent on Israeli-manufactured equipment. Arrow and David’s Sling, other Israeli anti-missile systems, were developed as joint U.S.-Israeli programs, with most of the money spent through U.S. defense contractors.

To remedy the current low U.S. contractor participation level, a future co-production deal for Iron Dome interceptors and other parts was signed in March between the U.S. Missile Defense Agency and the Israeli Missile Defense Organization. With the agreement, the proportion of funds for U.S. contractors, which has been as low as 3 percent, could rise to more than 50 percent. In preparation, the 2014 Pentagon budget has $15 million to pay for U.S. contractors’ engineering costs in developing capacity to co-produce Dome components.

Last week, the Senate Appropriations Committee said that more reassurance was needed. It voted to withhold the $175 million for fiscal 2015 until it has confirmation that Israel has provided the Pentagon with a timeline for Iron Dome expenditure of the 2015 U.S. funds; a delivery schedule for funded items; and a report to the Missile Defense Agency documenting delivery and acceptance by U.S. industry suppliers of all Israeli technical data packages required for U.S. co-production of Iron Dome.

Richard Lloyd intends to publish his 28 page analysis of Iron Dome soon. I look forward to reading it.

In the meantime, Barbara Mikulski yesterday called for another $225 million in emergency Iron Dome funding. Reuters didn’t say what portion of these funds she wanted spent in the US.

Postcript: I strongly recommend reading the full Mecklin piece, especially his description of how Iron Dome is more properly called a rocket defense system rather than a missile defense system and the technological differences in defending against rockets or missiles.