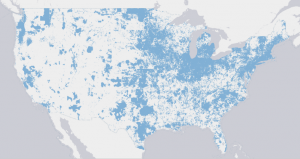 Ex-Bush flack Tony Fratto set me off on a rant this morning when he tweeted this:

(FWIW, Ed Henry also doesn’t frequent post offices, he mused from the luxury of Martha’s Vineyard.) Maybe I was misunderstanding what Fratto meant by the tweet, but he seemed to suggest that the frequency someone like him–someone so successful he once worked at the White House–used post offices should have any bearing on policy regarding the postal service. When I suggested that was, “probably why you have little understanding oof [sic] ppl who do,” he responded, “? Is there a certain “kind” of person who visits post offices??”

I started listing the kinds of people who I see when I go to the post office.

Now, that’s an unscientific sample–it’s just who I see using the post office when I go. But in spite of the fact that these people at least look like they’re using the post office because it offers a reliable, accessible service for a price they can afford, I suggested the elite had access to a bunch of different services–like FedEx or UPS–that might make it easier to avoid the post office.

To which Fratto replied,

Getting rid of post offices, Fratto said, was not “not ‘tearing down a public good’. We’re emailing.”

Which I think proved my point. For someone who doesn’t frequent a post office to see people who simply can’t replace the postal service with the technologies Fratto described as having replaced the postal service–fax, email, and online payments–it’s easy to forget that those technologies are simply inaccessible to a big chunk of the country–a chunk that is predominantly poorer.

The map above shows the non-mobile broadband access available in the country as of June 2010. As the NYT noted in an article earlier this year, 28% of America doesn’t use the Toobz at all.

As the world embraces its digital age — two billion people now use the Internet regularly — the line delineating two Americas has become more broadly drawn. There are those who have reliable, fast access to the Internet, and those, like about half of the 27,867 people here in Clarke County, who do not.

In rural America, only 60 percent of households use broadband Internet service, according to a report released Thursday by the Department of Commerce. That is 10 percent less than urban households. Over all, 28 percent of Americans do not use the Internet at all.

Yet policy wonks who don’t even use the post office (and presumably have the mobility that affluence offers) argue,

I’m fully aware of people who need the post office, but we can’t have them on every corner. Always going to be a balance…

…& cost has to matter. At some point it’s just not economically practical.

Fratto got a lot quieter when I pointed out the postal service deficit–$238 billion over the next decade–was actually peanuts compared on what we spend dropping bombs in Afghanistan and other forever wars.

Elite pundits increasingly seem to be making the argument that we simply can’t afford to be a nation-state anymore–we can’t afford to offer the most basic federal services to our poor and rural citizens. Yet they rarely consider how easily we manage to come up with unbelievable sums to remain an empire.