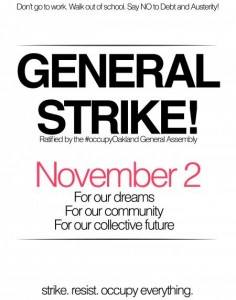 Yes, this is certainly just a trial balloon, and just the latest one at that. But it is infuriating, because it is the same old sell out crap repackaged and trying to be shoved down the public’s throat yet again. And who wants to sell this shit sandwich the most? Barack Obama and his band of Masters of the Universe, that’s who. It is also, of course, the fervent desire of Wall Street and their bought and paid for pols like Chuck Schumer.

Which is exactly why elected state Attorney General politicians (Hi Tom Miller), who are also generally on the political make, are so focused on getting a craven deal done, no matter how badly it screws the public and economy. If anybody has ever had any doubt as to why California AG Kamala Harris has been so slow, and so weak, in the matter this is exactly why. Harris is a political climber, and her fortunes and fame ride with the 1% and the politicians like Obama and Schumer that they control like circus monkeys.

Which brings me back to what Digby said. Digby, playing a notably tin-eared editorial by the Los Angeles Times off of a scathing comment on the American elite by Frank Rich, said:

That the LA Times is clutching its pearls over fig trees and grass while nearly 3,000 people have been arrested at Occupations all over the country world says just about everything you need to know about disconnect between elites and everybody else.

Yeah, that about sums it up. Do go read the full description of the “Hoovervilles” and what they really comprised, because it is far too close to home with the current time and place we occupy. By the same token, it is hard for many in the comfortably ensconsed traditional middle class to see just how heinous the situation is, and how necessary the “Occupy” movement may really be.

Trust me. I know, I am one of the uncomfortable. My natural predilections are within the system and rules. That, however, is no longer perhaps enough. Many of you reading this post may not be on Twitter, and thus may not have seen it; but I have in the last couple of days straightened out more than one pundit on the, and sometimes unfortunately so, real protection reach of the 1st Amendment. It is far less a prophylactic protection than most, and certainly the vocal proponents of the Occupy Movement, think.

Without belaboring the minutiae, the clear law of the land for over 70 years, ever since the Supreme Court handed down its decision in Cox v. New Hampshire, is:

Civil liberties, as guaranteed by the Constitution, imply the existence of an organized society maintaining public order without which liberty itself would be lost in the excesses of unrestrained abuses. The authority of a municipality to impose regulations in order to assure the safety and convenience of the people in the use of public highways has never been regarded as inconsistent with civil liberties but rather as one of the means of safeguarding the good order upon which they ultimately depend.
…..
If a municipality has authority to control the use of its public streets for parades or processions, as it undoubtedly has, it cannot be denied authority to give consideration, without unfair discrimination, to time, place and manner in relation to the other proper uses of the streets. We find it impossible to say that the limited authority conferred by the licensing provisions of the statute in question as thus construed by the state court contravened any constitutional right.

There is a long line of cases that ultimately extend the ability of cities and municipalities right to reasonably regulate time and place of free speech expression, so long as said regulation is content neutral, to public parks and all other sorts of publicly controlled spaces.

But those are “the rules”. When the politicians and corporate masters no longer are willing to play by the rules, how much longer can the “99%” afford to honor them? When the so called leaders will not abide by the norms and constricts of law, why should the average man still be held to the same?

Again, I fully admit just how much I struggle with saying the above. I really do; it is uncomfortable and discomfiting. I could go on, but my own thoughts pale in comparison with those similarly situated who have experienced first hand what the import and truth of the Occupy movement is.

I ask, indeed implore, you read this long, but telling, account from The Awl by Lili Loofbourow entitled “The Livestream Ended: How I Got Off My Computer And Onto The Street At Occupy Oakland”. There is literally too much to excerpt, and it would take away from the critically important slow progression the writer lays out for you, the reader.

So, while “the rules” may militate otherwise, and while “our Constitutional rights” go nowhere near as far as the psyched up Occupiers cry, there is something raw and necessary about the “Occupy” movement. It is necessary because the rules and “adults in the room” have sold their souls, and our lives, down the river of greed.