Fuck You To Jamie Dimon & His Plaintive Wail For The 1% 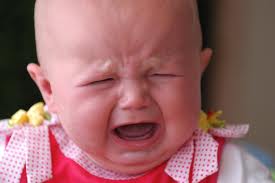 Pardon me for the Taibbi like insolence, but this is just fucking amazing. While most Americans are struggling to stay alive, employed, and their families fed and in their homes, much less celebrate a decent Christmas, the 1% Masters Of The Universe have gotten together for a group bitchfest of elitist assholes:

Jamie Dimon, the highest-paid chief executive officer among the heads of the six biggest U.S. banks, turned a question at an investors’ conference in New York this month into an occasion to defend wealth.

“Acting like everyone who’s been successful is bad and because you’re rich you’re bad, I don’t understand it,” the JPMorgan Chase & Co. (JPM) CEO told an audience member who asked about hostility toward bankers. “Sometimes there’s a bad apple, yet we denigrate the whole.”

Uh, fuck you Jamie Dimon and to the plaintive wail of the skimming, raping moneychangers.

Oh, and in case you had any question on what side of the 1%/99% divide Barack Obama and his Administration are on, yet another answer was given today with the announcement of their proposed selection for the critical “independent” seat on the Federal Deposit Insurance Corporation (FDIC):

The Obama administration is considering nominating Jeremiah Norton, an executive director for JPMorgan Chase’s investment bank, to sit on the FDIC’s board of directors.

Who is Jeremiah Norton? Well, as this quote states, he executive director of the investment banking shop and one of Obama’s buddy, Jamie Dimon’s, right hand men. Oh, and before that, Norton was former Goldman Sachs honcho Henry Paulson’s right hand man in the Bush Treasury Department and assisted Paulson in getting Goldman Sachs a backdoor bailout through AIG.

And, remember, if Barack Obama has to replace Turbo Tax Timmeh Geithner, Jamie Dimon is near the top of the list of replacements thought to be on the White House’s list.

So, while OWS is out protesting and the majority of citizens are falling deeper in despair and many losing their homes and hopes, and Barack Obama duplicitously coos about feeling the pain of the 99%, this is what is going on where the rubber meets the actual road.

PS: Digby has pounded Dimon on this as well if you want more searing criticism.