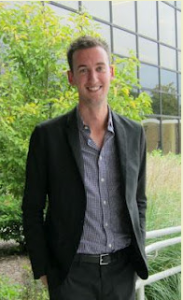 First, we might finally have exciting news in my congressional district, where the party has thus far failed to recruit anyone to run against the unpopular Justin Amash even after his own party put a target on his back by making the district more Democratic. One of the key players in the successful DADT fight, Trevor Thomas, is thinking of challenging Amash. Now, local Dems are worried about an out gay and pro-choice man carrying the Democratic banner. Even aside from the bigotry implied by that worry, they don’t seem to be thinking about the benefit of having such a proven campaign winner carrying the banner of working people. Don’t our working men and women deserve the same kind of successful advocate that our gay service members got? (Trevor was also involved in Jennifer Granholm’s thumping of Dick DeVos in 2006, so he knows how to win locally, too.)

Trevor is reportedly going to make his decision in the next few days. If and when he announces, you can expect to hear more from me about him, because I’d be genuinely excited about this race.

Meanwhile, speaking of bigots, here’s the stupid, racist ad I’m going to be treated to during the Super Bowl.

So Crazy Pete wants us to vote for him–rather than someone who has fought for MI’s workers–based on the argument that he doesn’t spend money, as proven by his decision to spend $75,000 to run a stupid stupid ad during the Super Bowl?