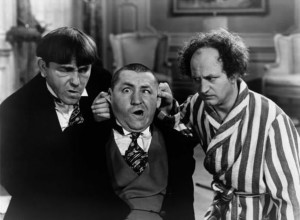 The official response from Pakistan’s government is no better:

US Charge d’ Affaires Ambassador Richard Hoaglan was called to the Ministry of Foreign Affairs on Monday and a strong protest was lodged with him with regard to the tabling of a resolution on Balochistan in the US Congress.

Ambassador Hoagland was told in clear terms that the move in the US Congress was contrary to the spirit of friendly relations and violates the principles of the United Nations Charter, international law and the recognised norms of inter-state conduct.

He was asked to convey the serious concern of the Government of Pakistan to the US Administration, said a statement of the Foreign Office.

Adding to the chorus of disapproval from Pakistan, their Embassay in Washington quickly issued a statement after the resolution was submitted. The Embassy pointed out that the Balochistan province in Pakistan has elected representatives to Pakistan’s Parliament, just as the other provinces do:

“We reject this ill-informed move and the Congressman’s misplaced concern on Balochistan, which is a part of the Pakistani Federation,” the Embassy said, commenting on Representative Dana Rohrabacher’s move in the House on the rights of the people of Balochistan.

A statement issued by the Embassy reminded sponsors of the move that Balochistan has a “directly elected provincial assembly of its own and has due representation in the National Assembly and the Senate of Pakistan.”

“The resolution seeks to cast doubt on the territorial integrity of a member of the United Nations and a friend of the United States, and is totally unacceptable.”

Pakistan’s Prime Minister Yousuf Raza Gilani also spoke out against the resolution on Saturday. From Dawn:

The prime minister said he was dismayed to learn about the bill since it constituted challenging Pakistan’s sovereignty and territorial integrity.

Oh, and just what were they saying at today’s massive rally? From Pakistan Today:

Several thousand Pakistanis poured onto the streets of Islamabad Monday, chanting “death to America” and demanding holy war at a rally whipped up by right-wing, religious and banned organisations.

It would appear that the good Congressman has been speaking directly to his right-wing counterparts in Pakistan. If only the rest of us weren’t dragged into the fight when these hot-heads go after one another.