Time to Start Profiling All the Dunkin’ Donuts 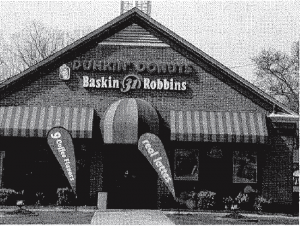 With the exception of the time CBS borrowed my post on the Iranian Jewish butchers profiled by the NYPD, the NY news outlets cheering the NYPD apparently haven’t actually looked closely at what the AP was reporting. The NY Post, the NYDN, they seem to blindly accept whatever Ray Kelly or Mike Bloomberg claim about the program, without checking.

Yesterday, the NYDN actually did some reporting. And they discovered that almost none of the businesses reported to be owned by Syrian Muslims actually were.

But they didn’t do a very thorough job.

The owners of most of the establishments listed in the “Syrian Locations of Concern Report” told The Daily News Friday they are neither Syrian nor Muslim.

Though rather curiously, that didn’t stop the NYDN from doing an op-ed today claiming such files had nothing alarming–as if there’s nothing alarming about NYPD files riddled with errors.

Nevertheless, the sudden outbreak of reporting did have one interesting result: a new spin from NYPD spokesperson Paul Browne on what these reports were supposed to capture: not Muslim-owned businesses, but Muslim-frequented businesses.

Told of the discrepanies in the reports, NYPD spokesman Paul Browne said the listed establishments were “frequented by” Syrian, Albanian and Egyptian Muslims.

Now, as I noted in my post showing how narrowly the NYPD had missed the hawala Faisal Shahzad used to fund his attack on Times Square, they actually missed some of the key locations: things like the Lowes where hawala operator Mohammad Younis worked or, perhaps even more problematic, the 7-11 where Younis had worked earlier with other recent Muslim immigrants, not long after he arrived in this country, which seems to have been where he met his friends.

The entire NYPD demographic set reads as if white people never frequent Muslim businesses (except for the Bianky Cafe on Coney Island Avenue, which “is patronized predominantly by young Caucasians”) and Muslims never frequent the same kind of generic American chains the 9/11 hijackers used when planning their attack.

According to the NYPD (and we know they’re never wrong), in addition to a whole slew of Muslim cafes and halal butchers, Muslims also patronize Dunkin’ Donuts.

So why aren’t the Dunkin’ Donuts franchised by non-Bangladeshis listed? Why aren’t corporate-owned 7-11s in Muslim areas profiled?

Why has the NYPD decided it’s a smart idea to waste time and money profiling just businesses they believe (correctly or not) to be Muslim-owned that are frequented by Muslims (and occasionally, “young caucasians,” while ignoring the more generic American chains that tend to hire recent immigrants and would tend to attract people trying to avoid drawing attention to themselves?

Of course if the NYPD started rebranding American chains like Dunkin’ Donuts as terrorist hideouts, I would imagine the entire profiling program would end rather quickly.