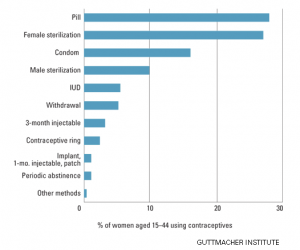 Greg Sargent tweeted the results of this CBS/NYT poll, showing that 37% of those polled believe the whole birth control debate is about religious freedom. While Sargent thinks 37% is a small number, given that it means that maybe a quarter of people polled (given that almost 100% of sexually active women have used birth control and most of them have used it because they were sleeping with men) both believe that birth control is a religious issue and have relied on birth control, I find it rather high.

But look at how the questions were asked:

There’s a lot of men having sex without babies that this health coverage enables.

And while I’ll grant you that the lack of availability of birth control disproportionately affects women (particularly with imperfect enforcement of child support and still pervasive gender roles about nurturing children), this is also about the ability of couples, together, to choose to have families of a size appropriate to their lifestyle and income.