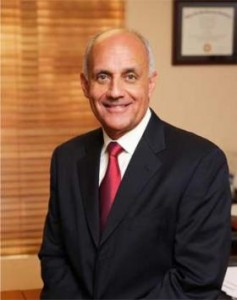 This is actually fairly exciting news here in the desert, as the party, both in state and nationally, can coalesce around Carmona and focus on the necessary effort to insure very conservative Republican Congressman Jeff Flake, the certain nominee for the GOP, does not win. The race is for the seat of the retiring Jon Kyl and, for the first time since Dennis DeConcini left, the Dems have a serious chance of gaining a Senator in Arizona. A goal not only critical to us in Arizona, but in the national efforts to retain the all important Majority status in the Senate.

Why is Carmona, the man and candidate, so exciting? Well, because he has a legitimate shot at winning, that’s why. And who is Richard Carmona? Here is his campaign biography:

Born to a poor Hispanic family in New York City, Dr. Richard Carmona experienced homelessness, hunger and bleak prospects for a future education and economic opportunity. The child of parents who emigrated to the United States and struggled with alcoholism and substance abuse, Rich learned tough early lessons about economic disparities and social injustice – an experience he has never forgotten, and one that has given him an understanding of how culture, health, education and economic status shape our country.

Like his siblings and many of his friends, Rich dropped out of high school. With few skills and little education, he enlisted in the Army and went to Vietnam. Military service gave him discipline and a drive to succeed that he still carries today. In order to apply for Special Forces and become a combat medic, he earned his high school equivalency degree. Rich left the Army a combat-decorated veteran, with two Bronze Stars, two Purple Hearts, a combat medical badge and numerous other decorations to mark his service.

When he returned home from Vietnam, Rich became the first member of his family to earn a college degree. Through open enrollment reserved for returning veterans, he attended Bronx Community College and earned an Associate of Arts degree. Later he went to the University of California, San Francisco, where he earned a bachelors of science degree. Two years later, Rich completed his medical degree – receiving the prestigious gold-headed cane as the school’s top graduate.

Trained in general and vascular surgery, Dr. Carmona also completed a National Institutes of Health-sponsored fellowship in trauma, burns, and critical care. A Fellow of the American College of Surgeons, Dr. Carmona was recruited jointly by the Tucson Medical Center and the University of Arizona to start and direct Southern Arizona’s first regional trauma care system. He, his wife Diana and their four children, relocated to Tucson.

Dr. Carmona would later become chairman of the State of Arizona Southern Regional Emergency Medical System, a professor of surgery, public health and family and community medicine at the University of Arizona, and the Pima County Sheriff’s Department surgeon.

While continuing his medical career, Rich’s call to service lead him to the Pima County Sheriff’s Department in which he has served for more than 25 years as a deputy sheriff, detective, department surgeon and SWAT Team Leader. In 1992, he rappelled from a helicopter to rescue a paramedic stranded on a mountainside when their medevac helicopter crashed during a snow storm, inspiring a made-for-TV movie. In the course of his service, Rich received the National Top Cop Award and was named the National SWAT Officer of the Year.

In 2002, Carmona was nominated by the president and unanimously confirmed by the United States Senate to become the 17th Surgeon General of the United States. As Surgeon General, Carmona focused on prevention, health disparities and emergency preparedness to protect the nation against epidemics and bio-terrorism. He also issued a groundbreaking report on the dangers of second-hand smoke.

While very successful as Surgeon General, he unfortunately also experienced the divisive politics that continue to plague Washington today — where the desire to score political points has become more important than solving problems, creating jobs or providing for those in need. That experience guides his current mission to become Arizona’s next senator and change how Washington works.

In 2007, Dr. Carmona testified before Congress that political appointees had put partisan politics ahead of science — especially when it came to the public’s health — in hopes that shining a light on how the administration operated could bring change. He testified: “The job of surgeon general is to be the doctor of the nation, not the doctor of a political party.”

Now THAT, folks, is a history and experience set to kill for in a political candidate for major office. Handsome fellow, and extremely charismatic and personable, too.

Now, I will say this much, Carmona is not, and will not be, a true liberal progressive overall, that is simply not his makeup. I do not yet know Richard personally, but have friends that have both known him since he first came to Arizona decades ago, as well as friends that studied medicine under him, and all advise he is a real deal independent thinker who is overall Democratic in base ideology, but pretty moderate.

Now, the good news: Carmona is very good on the critical health issues currently roiling the nation’s politics, including on women’s issues that are so under fire recently:

Throughout my time as U.S. Surgeon General, I remained steadfast in my belief that every woman should have access to comprehensive health care, including retaining access to reproductive health care options and FDA-approved prescription contraceptives.

As a medical doctor, I know that a woman’s access and choice of reproductive health care options is an intensely personal decision left best decided by a woman and her physician. I also believe it is important to reduce the number of unwanted pregnancies in the United States through supporting medically-accurate, comprehensive sex education for our kids, taking steps to prevent teen pregnancy and providing access to pre-natal care for all women.

Carmona is dogged in his desire to protect Social Security and Medicare, as well as providing appropriate care, that has to date been shockingly lacking, for veterans. Carmona is also strong on the need for immigration reform (trust me, this is absolutely critical here on the border).

A fuller statement on Richard’s priorities can be found here. All in all, it is a great policy set.

One of the things not listed in Carmona’s priorities, and that I am most interested in, is his in depth stance on environmental issues. How we steward our national resources and deal with global warming will be of critical importance. This is geometrically more true in a state of open land, rich natural resources and fragile Sonoran riparian habitats like we have in Arizona. I will be seeking clarification in this regard from Mr. Carmona immediately, and will report appropriately. In fact, I am going to make sure he gets this blog post and a formal request for response.

Here is why this race is SOOOOOO important: Once elected to the Senate from Arizona, people tend to stay there forever. Jeff Flake, the certain GOP nominee, is personally a very nice guy; he is, however, a catastrophe from a policy standpoint. If Jeff Flake is allowed to win this seat, he will never leave unless he gets placed on a national ticket that wins the White House. The tide is turning Blue in Arizona, and we simply cannot tolerate another entrenched right wing extremist.

Richard Carmona has the goods to beat Flake and give both Arizona and national Democrats a strong and, compared to the lobbied up norm for national politicians, genuine voice. As Marcy is doing with Trevor Thomas in Michigan, I will be writing about Carmona and our local race here in Arizona from time to time.