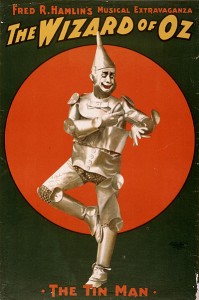 But a look at numbered page 21 shows all you need to know about the government’s good faith in this reconsidered redaction. The government admits details that all-but prove it is what I speculated it was–TD-314/00684-02, an interrogation report based on a Pakistani intake interview and therefore subject to Pakistani’s desire for bounty. On page 14, for example, it admits this report came from Latif’s first interrogation (and therefore before he was in US custody). On page 19, it admits the report is a screening interview (an admission left unredacted in at least one other document in this case). On page 4 of Henderson’s concurrence (PDF 54), she reveals the report was “written” in late December 2001–which therefore dates it to the period when Latif was still in Pakistan. But page 21, where it presumably describes the circumstances of the report–in which Pakistanis presumably had every incentive to spin tall tales as Arab prisoners did–remains largely redacted.

Nowhere in the newly revealed passages does the government explain the circumstances of the interrogation and, if relevant, the involvement of the Pakistanis, and therefore not just additional opportunities for miscommunication, but also the profit motive driven by our bounty system. And also the fact that a slew of reports–including some of the interrogations purportedly also reported in TD-314/00684-02–seem to build a generic narrative around certain details. Admit you were in Kabul? Then the Pakistanis will supply a story about being at the rear lines for the Taliban.

Ultimately, though, this is the most important newly released passage.

True, the court cited problems with the Report itself, including its substantial redactions, [redacted] its reference to Latif’s “hand” instead of his head injury, [two lines redacted] and the perceived lack of corroboration. But the Report was not so inherently unreliable that it could be discarded in the absence of countervailing evidence offering a more likely explanation for Latif’s travels. See supra pp. 20-31. And Latif offers no evidence to rebut the Government’s presumptively reliable record aside from his own statements and the Report itself. A merely “plausible” explanation cannot rebut the presumption of regularity. See Riggs Nat’J, 295 F.3d at 21. The other two grounds for the court’s decision-minor transcription errors in the Report and a lack of corroboration for its incriminating statements-do not satisfy that standard. As we have already discussed, see supra pp. 21-27, the mistakes in the Report provide no support for the much more extensive fabrication Latif alleges. And to the extent the district court relied on a lack of corroborative evidence to discredit the Report, it highlighted its failure to afford the document a presumption of regularity. By definition, a presumptively reliable record needs no additional corroboration unless the presumption is rebutted.

It reveals that whoever wrote the report in question didn’t know his ass–or rather, a hand–from the hole in Latif’s head. And it reveals that Janice Rogers Brown is prepared to let the government present any document, no matter how obviously flawed, and based on whatever fiction that document presents, build an entire new world.

If this Report were true someone–one of the eight people who admitted to being recruited by Latif’s alleged recruiter, any of the many people who did fight out of Kabul, or the people alleged to have trained with him–would have been able to ID Latif. The government has had 10 years to find someone to do that. And no one–not a single one–corroborates the fantasy that Janice Rogers Brown is so sure deserves treatment as presumptively reliable.

If only we had ruby slippers to click together to get out of Rogers Brown’s fantasy world.