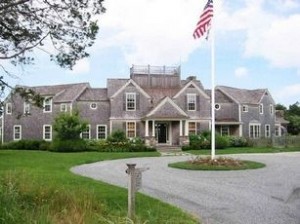 Much has been written about Ryan’s notorious P90X workouts and physical discipline. At one point he was a personal trainer in Washington to help pay the bills. Aside from the obvious health benefits, from many personal conversations I’ve had with him since that day in Baltimore, I believe Ryan keeps himself so physically fit in order to downplay the anxious feeling all children of heart disease victims have — the dreadful thought you could be next.

I can attest that this feeling spurs you to accomplish as much as possible because the idea that you’re on earth for a limited time is imprinted in your mind daily. Ryan was elected to the House at 28, was Chairman of the House Budget Committee at 40 and now is his party’s presumptive nominee for vice president at age 42. He’s already accomplished in 42 years what most politicians would hope to do in a lifetime.

Yes, what bloody hell these two tortured souls must have faced. Previous to reading the poignant words of Luke Russert about the woe and tribulations he and Paul Ryan (who has effectively never been out of government employ) commonly faced in life, I used to occasionally think maybe my life could have been better somehow. If, you know, only….

I used to think there was a lot of suffering in the world. At least until I read Luke Russert and Paul Ryan’s common brotherhood of upbringing hurt. But, relatively, in light of all the real suffering Russert and Ryan went through to be where they are today, I was one of the luckiest guys on the face of the earth.

For all the downtrodden out there, just be glad you have not suffered the “personal loss” of Luke Russert and Paul Ryan. We can all learn something from these bottom to the top, self reliant, American success stories of will and perseverance.

Well, or better, we can call out these two smarmy, self serving, holier than thou, nepotistic fucking pricks for what they really are. One represents the death spiral of American journalism, and the other the grim reaper for the morals and social safety net our fathers, mothers, grandfathers and grandmothers fought, died and worked so hard to insure. Yeah, those really are the stakes.

So, you might think Tiny Tim, er Luke’s, tale of two forlorn, down on their luck, dandy pimpernels is over. Oh, no, there is a moving coda from Boy Wonder Russert:

So while Ryan is no doubt inspired by his faith, family, party and desire to shape the country in the ways he sees as best for the future, it should not be lost where much of his drive comes from — personal loss.

Personal loss. Yes. Of course. Like Russert and Ryan have some lock on fucking personal loss.

Please. Just get the fuck out, you simpering weenie naif. We all suffer personal loss, it is not yours to carry as a mantle of significance. We all have lost, or will lose, mothers, fathers, sisters, brothers and friends. What grandiose hubris you project with your sniveling, self serving tripe on behalf of yourself and Paul Ryan.

Get over yourself you candy ass punk; neither you, Ryan, me, not likely many, if any, of those actually able to read this article, are suffering the worst life has to offer. We are all fortunate sons and daughters, and you should just shut the fuck up.

If only the foregoing palpably, cloying, asinine bullshit were but the worst of the situation. But, sadly, it is not. No, the deeper problem is that this is the gilded hollow future of journalism. At a time when print media, beat writers and old school journalism is dying like the plague has set in, this, L’il Luke Russert, is the harbinger of what’s to come. How can you tell? Well, because the “senior talent” NBC ensconced in the hallowed throne of L’il Luke’s father is the hollow and shallow dipstick known as Dancin Dave Gregory.

The suck up, Beltway Stockholmed Gregory is enough to make you puke, but he is par for the course for television networks that care more about scamming and plundering their viewers than playing to their common intelligence. NBC bastardized and cocked up the the London2012 Olympics big time; but that was just annoyance in sporting entertainment. It may have been craven, but it does not hold a candle to the intellectual and informational fraud they pull on their viewers via their news and political reportage every hour of every day.

L’il Luke Russert, and his suck up wet kiss to his soul mate in personal loss Paul Ryan, is but a symptom of the disease. It is a race to the bottom of the barrel, and with wet behind the ears, nepotistically installed, inbred Shetland ponies like Luke Russert, NBC and NBCNews.com are leading the field.