Here we are at the real, official, start of the football season in earnest. Yes there were a full slate of college games last weekend, but only a couple of decent ones. and, yes, the NFL officially kicked off wednesday with the Cowboys somewhat surprisingly laying one on the Gents – at the Meadowlands no less. Credit to Tony Romo, Rob Ryan’s defense and the ‘Boys, they fairly earned the win. But now the conventions are over and we start it all in full in the football universe. Also, this weekend is Monza on the Formula One calendar and, as always, it looks to be special. I will return to F1 a little later. 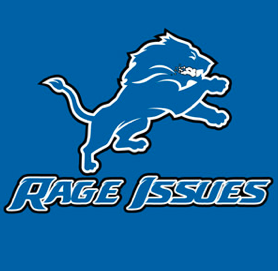 Despite the excitement of the return of football, it is time some dues should be paid to the trauma suffered by the working union members of the NFL who provide the spectacle and entertainment for us manning couches and barstools on Sundays. I wrote about this nearly two years ago in describing the “The Walking Wounded The NFL Treats Like Disposable Trash”. So much has happened since then with focus on repetitive brain injuries and high profile suicides like Dave Duerson and Junior Seau bringing the stark reality of the problem home in a powerful way.

But the Ferengi like single minded profit whores of the NFL have paid mostly lip service to the issue, save for a couple of competition rules that fall far short of a prophylactic redress of the problem. Marcy suggested a piece by Dave Zirin in The Nation to bring it all to a boil. She was right:

Beneath the fireworks, concerts and breathless hype that will mark the start of the 2012 NFL season, is a league that’s haunted. It’s haunted by future Hall of Fame linebacker Junior Seau who killed himself in May at the age of 43. It’s haunted by the recent suicides of Ray Easterling, Dave Duerson, and OJ Murdock. It’s haunted by the now widespread knowledge that the country’s most popular sport can leave you damaged in ways never before suspected. What a sign of the times that the start of the season wasn’t punctuated today with chest-thumping and military flyovers but with NFL Commissioner Roger Goodell’s announcement that the league’s owners would be donating $30 million to the National Institute of Health to further study the affects of brain injuries.This recognition of the danger inherent in the sport has sparked a high profile debate across the political spectrum. The terms of the debate are simple: Given all we are learning about head injuries, should football be banned? Should it be the focus of a new prohibition movement? Both sides of this debate, I would argue, leave much to be desired.
…..
The best way to understand the NFL is to see it as another of this country’s profoundly unsafe workplace. Efforts by the NFLPA to make it as humane as possible should be supported. The insistence of NFL owners to use untrained replacement “scab” referees should be seen as a direct attack on the health and safety of players. As fans we should also never forget that the people on the field are actual human beings taking a tremendous beating for our entertainment. And here we get to a kind of knowledge that’s very difficult to shake. As Arundhati Roy said in a rather dramatically different context, “The trouble is, once you see it, you can’t unsee it.” For the first time in my life, I could imagine myself drifting away from a game that’s brought me such joy over the years. I can’t unsee Junior Seau and Dave Duerson. None of us should. And if that affects the bottom line of NFL owners, it serves them right for caring so little for so many years about the people we’ve tuned in to watch.

Go read Dave Zirin’s entire article, it is worth it. My takeaway from it, however, is that Dave is vacillating a bit on what he sees and/or wants to happen with regard to football as we know it (not just NFL, but presumably college and high school too). He glosses prohibition/banning altogether as well as what others have termed “wussification” and still is torn at the end of his piece when he says:

For the first time in my life, I could imagine myself drifting away from a game that’s brought me such joy over the years. I can’t unsee Junior Seau and Dave Duerson. None of us should. And if that affects the bottom line of NFL owners, it serves them right for caring so little for so many years about the people we’ve tuned in to watch. 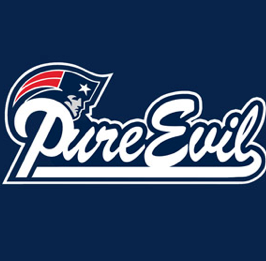 It is pretty hard to argue about the brutality and damage to the gladiators we place in our modern Colosseums. And lest anyone think the NFL really gives a shit, today was another reminder. In addition to the Goodell slapdown decision, came news from another court case displaying the wanton and craven minds of greed of the NFL Owners.

I probably don’t need to quote more than the title to allison Frankel’s article to get the point across, but, hey, I am that kind of guy. From “NFL To Retired Players With Brain Injuries: You’ve Not No Case”:

Retired pro football players who claim that the National Football League lied to them about the risk of developing rain damage from repeated concussions have to believe the league’s motion to dismiss their consolidated master complaint is adding insult to injury. As we predicted, the 40-page motion — filed on Aug. 30 in the multidistrict litigation in federal court in Philadelphia by the NFL’s lawyers at Paul, Weiss, Rifkind, Wharton & Garrison and Dechert and Duane Morris — asserts that the players’ claims are governed by the collective bargaining agreements their union negotiated. And because those agreements call for grievances to be arbitrated, the brief said, the players have no court case.

Allison takes the reader through the path through the courts to date that has been very hard on the retired players’ position, but I hope Allison is right when she concludes:

I’m betting that lead counsel in the multidistrict litigation, Christopher Seeger of Seeger Weiss and Sol Weiss of Anapol Schwartz, will also use the 5-1/2-year time frame in which there was no operative collective bargaining agreement as ammunition against the NFL’s dismissal motion.

Well, so that is the NFL as we start the season in earnest. Zirin, Seau, Duerson and the retired players give a lot of food for thought. But, the title to this post mentioned a rebuttal, and here it is….as a segue into the next section of today’s Trash Talk. Monza.

Monza, of course, refers to Formula One and the fabled circuit in Italy. How does that tie to the NFL conundrum? Easy, the question Zirin raised was a gradual walking away from football by fans and resulting atrophy of the game, even if it was more of a ponderous than predictive discussion.

Can that happen to the NFL? No, not anytime soon. Here is why: Football is much closer to a glamour sport like F1 than it is the gritty underbelly that was boxing (even in its heydey). Football attracts both sexes and families in a way that is too strong. Death and destruction can tarnish it, but not substantively harm it. Auto racing in the 50s, 60s and 70s, especially the 50s and 60s, and F1 was the pinnacle of the sport, had a tremendous body count. But they found ways to make it safer and it lives on today as one of, if not the, biggest sporting league/series in the world in terms of worldwide viewership. TV is king and that, too, will insure the NFL doesn’t slow down. It is GREAT TV.

Okay, on to Monza. Last weekend at Spa was the return from the month long summer siesta for F1. Jenson Button went wire to wire for a surprising win and the drivers standings are now really bunched up. This has been a fantastic season with a new winner almost every week, then a run by Fernando Alonso, and then the field closing again. Qualifying, which will go off in less than 12 hours, will set the plate.

Monza, along with Monaco, is THE heart and soul of F1. It is the home of Ferrari. It has the the steep banked history. It is where champions are born and die. Longtime readers will remember many different descriptions of the history, charms and danger of Monza. For the uninitiated, here is the Monza post from last year with amazing photos from Paul Henri Cahier.

The “More Honest Logos” above are from this piece in the excellent Grantland blog run by Bill Simmons of ESPN, and was forwarded to me by the one and only twolf. Click the link and see the new and improved logos from every team. They are hilarious.

A parting shot of epic proportions: “They Won’t Magically Turn You Into A Lustful Cockmonster”: Chris Kluwe Explains Gay Marriage To The Politician Who Is Offended By An NFL Player Supporting It

Okay, no time or space to go through the individual games this week. There are a LOT of good ones, both college and pro. I will have my eye on the Niners and Pack of course and, closer to home, ASU v. Illinois from Sun Devil Stadium. Whatta ya got on your end? Hilarious ESPN commercial by John Clayton and today’s music by Joe Cocker.