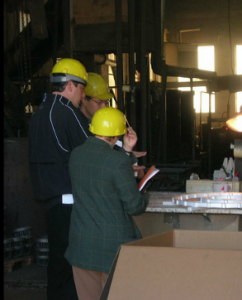 The Alliance for American Manufacturing just had a press conference with Congressman Tim Ryan, who represents Youngstown and part of Akron, Ohio, to talk about the role that China is playing in this year’s President election.

Earlier in the day, in the wake of the release of a WaPo poll showing Obama with an 8 point lead in OH, Adam Serwer had suggested, “There’s a great piece of journalism to be done about how Obama nuked Romney in Ohio.” So I asked Ryan for the four top reasons why Obama is doing so well in OH.

He listed, in order:

As Ryan said of Mitt’s anti-union campaigning, “he was against [OH’s teachers, police, and firefighters] when they needed him.”

Obviously, Ryan’s not an unbiased observer. But he does represent a bunch of Ohioans who appear poised to swing the election to Obama.

Maybe Mitt shouldn’t have spent so much time demonizing workers?