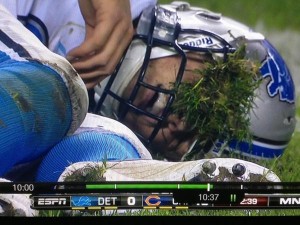 tweets from our circle
bmaz@bmazRT @JeffreyGuterman: L. Frank Baum, author of The Wonderful Wizard of Oz, was born on this date May 15 in 1856. Photo by George Steckel, 19…1 hour ago15 May 2021
Ed Walker 🍞🌹💉💉@MasaccioEWRT @anatosaurus: We must face up to the fact that poverty is the product of bad choices by individuals. The handful of individuals who rig…5 hours ago15 May 2021
emptywheel@emptywheelThis is Paul Friedman's opinion denying Nate DeGrave bail. It's worth reading for several reasons, not least his de… twitter.com/i/web/status/1…13 hours ago14 May 2021
emptywheel@emptywheelIf Republicans cared about voter fraud at all, this story would be the only story we hear about for 5 months. twitter.com/jjmacnab/statu…14 hours ago14 May 2021
Jim White@JimWhiteGNVSeeking balance in my life. Picked up fresh veggies from the CSA and then stopped at Sonic for lunch. pic.twitter.com/KrYtQO7z3118 hours ago14 May 2021
Jim White@JimWhiteGNVSomething is completely out of whack here. 8 Yankees test positive for COVID and all 8 are said to be fully vaccina… twitter.com/i/web/status/1…1 day ago14 May 2021
Jim White@JimWhiteGNVOh, how I needed this Rays blow-out of the Yankees.1 day ago14 May 2021
Jim White@JimWhiteGNVRT @bmaz: Too many people, especially in the media, are lionizing Liz Cheney and furthering the play she is obviously making. It is classic…1 day ago13 May 2021
RayneToday@raynetodaySounds fishy to me, like a cover story. twitter.com/kylegriffin1/s…5 months ago19 December 2020
RayneToday@raynetodayGee whillikers, I wonder why and when a county in Arizona was breached?? /snark twitter.com/Reuters/status…5 months ago18 December 2020
RayneToday@raynetodayRT @JustinPHicks: “I still cannot get a straight answer out of the Trump administration about why Michigan, like many other states, is rece…5 months ago18 December 2020
RayneToday@raynetodayRT @mcsweeneys: We've updated our catalog of Trump's cruelties, collusions, corruptions, and crimes. He's up to 1,028 now. https://t.co/zis…5 months ago15 December 2020
RayneToday@raynetodayRT @LoopEmma: Saudi Arabia hires new crop of lobbyists ahead of Biden administration cnbc.com/2020/12/15/sau…5 months ago15 December 2020
Administration Continues Apparent Policy of Harassing Pakistani Drone Criti... Wherein DC Sir Lancelots Turn Their Tail And Flee Like Candyass Sir Robins
Scroll to top