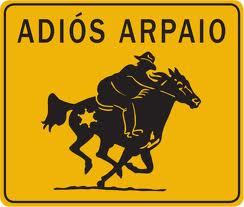 America, indeed the nation, is in a financial and legal moribund lurch. No longer, if there ever was, is there taxpayer money and ethics left on balance to be wasted on entrenched politicians sucking at our tit. You say your’s is the worst? Well, then you do not live in Maricopa County Arizona, the home of Sheriff Joe Arpaio.

It is time for Sheriff Joe to go. ADIOS ARPAIO! There is a fiscal, legal and moral case to do so.

My friend Tim Murphy, of Mother Jones, laid out the “bizarre” freak show nature of Arpaio’s current reelection campaign in superb detail. But only part of the story was told, understandable as there is SO much to tell in the Arpaio saga. Here is the rest of, or at least some of the rest of, the story. 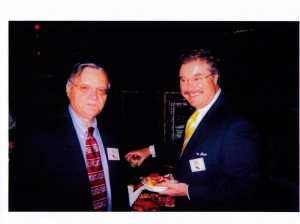 Arpaio’s false pretenses to get elected have turned into the fodder of liability for the county he was supposedly elected to serve and protect.

How deep has Arpaio’s liability effected the taxpayers, and residents, of Maricopa County? To the tune of at least $50 Million dollars. AT LEAST. Because that figure not only does not count the costs of defense, and they are usually astronomical in the larger cases against Arpaio, because he never admits responsibility, but also does not consider Maricopa County is self insured and may not, necessarily, publicly disclose all smaller payouts. There may, or may not, be a lot more payout, or a lot more, we just don’t know.

So, what is the ledger to date? Here it is is in all its sick glory. $50 Million dollars of unnecessary payout, all because of a man, who promised, and who was initially sponsored, and brought to election, by a group who wanted change and the diametric opposite of what came to be.

Here is the worse part: the $50 Million figure is, by all appearances, devoid of the real and hard actual costs of defending all the action on which payout was made in that spreadsheet. Hard costs are known in the legal world as attorney fees, court costs, expert witness fees, service costs, evidentiary laboratory fees – in short, fees that can add up to millions in, and among, themselves, irrespective of the underlying root liability payouts. In short, the $50 Million you see in the ledger is but a fraction of the real cost of Joe Arpaio’s criminally and civilly negligent insolence as Sheriff of Maricopa County. Nor does the figure, of course, include the losses that already should have come from the Deborah Braillard case, much less the Matty Atensio case.

Who is Matthew Atensio represented by? That would be by one prime example of tort liability counterbalance to egregious wrongdoing, Michael Manning. Who is Michael Manning? Well, Manning is the grinning man in the photograph above, with the somewhat soullessly dumbfounded Joe Arpaio at a charity fundraiser. Manning has a right to grin at the sight of the “Toughest Sheriff In America”, because Michael Manning, alone, has taken the greatest portion of the nearly $50 Million (and very much increasingly counting) toll on the taxpayers of Maricopa County, the narcissistic propaganda obsessed figurine Joe Arpaio has cost. And Manning and fellow Phoenix attorney Joel B. Robbins, have laid the wood to Sheriff Joe, and the worst is yet to com in the form of the Atensio litigation and other compelling cases (not to mention Braillard which should have settled and, now, instead awaits a larger jury verdict on already determined damages).

You think the moral and tort liability train fueled and paid by the taxpayers and citizens of Maricopa County has sailed into the sunset? Oh no. There are mountains of liability and taxpayer’s coffer’s payouts on the horizon. The only question is if the residents and voters of Maricopa County will wake up and end the madness now, or whether they will give yet another term of office to the Most Liable and Wasteful Sheriff In American History”.

The dedicated folks at “Adios Arpaio” have done yeoman’s work in identifying, registering, and encouraging tens of thousands, if not more of, not just latino, but voters of all colors and stripes, to vote in this election. A heroic effort.

But where does that leave the citizens of Maricopa County? Arguably still short against the self promoting dynamo that is Sheriff Joe Arpaio. It is a living monument to the benign destruction caused by hyped belligerence, ignorance and apathy in a designated and restricted electorate. Joseph Arpaio came into office as the the promised one term agent of well meaning, and will leave, to the shame of Maricopa County as perhaps the most disgraceful official ever elected in the county. The only question is, whether that is now or four years from now.

Will morality and justice be delayed? By the real signs on the ground in Arizona, as opposed to national hype, probably no. It will, nevertheless, be an everlasting blemish on the character of the electorate of Maricopa County. It wasn’t as if you, and actually we, didn’t know.

The better question is what becomes of the righteous Adios Arpaio movement? Honestly, if this level of awareness and action had been brought here in relation, early on, to the Scott Norberg deaths at the Maricopa County Jail facilities run by Joe Arpaio, perhaps soooo much more death, destruction and liability could have been avoided. Not to detract from anything, everything, existing now, that did not then, in the way of putting a stop to Arpaio, is it enough? No, likely the current effort, much less this post, is not.

But, then, let it not be said there was not effort and argument made between then and now. There is a man, Arpaio, who should be removed from office and, if the electorate’s voice is willing to suffer exactly that, a remedy for the corpse of Matty Atensio, who died for Jesus’s sins, but so far, apparently, not Arpaio’s sins. Like an imperious “Wall Street Bankster”.

Where is the bullshit in Maricopa County going to end? Will the truth of the civil, criminal and moral liability of “The Toughest Sheriff in Town” be exposed? Only the voters of Arizona, who are not half as stupid as generally portrayed, will decide.

I sincerely hope intelligence and discretion win out over appearance and material duplicity. But, then again, such would not seem to be the characteristic of the modern Arizona electorate. It is a screwed up place in a screwed up time.

But, if the Leader of the Free World, Barack Obama,much less Joe Biden, cannot even be bothered to haul at least one of their self serving ass here to Arizona, when the election and morals are on the line, in a state in the process of turning from Red to Blue under the absentee watch, then why exactly should lifelong Democrats here give a flying fuck about the national ticket? Seriously, tell me why?

So, there is no national action, to even respectably mention, in Arizona. Arizona has been left to fend for itself as being useless and worthless by a craven two party system of two hollow jackasses but, even more significantly, by a national press system of court jester reporters, stenographers, and thin skinned puppet stringed mopes who cannot tell the difference between themselves and the common political flaming jackasses they cover. There is a national press who shouts “Semper Fi” while selling out everything they were trained and hired to do. I know several will read this, the question is who among them will adopt it, who will ignore it, and who will whine like pathetic thin skinned poseurs? Boo yah bitches, I am waiting. Show us your colors; if you cannot now in the heat of battle, then when? Answer up.

Which leaves us where we entered, with Sheriff Joe Arpaio. Arpaio is a blight upon Maricopa County. Unelect him. Adios Arpaio.

There are further vignettes to be painted regarding Arpaio. Here are a couple of particularly poignant ones. Arpaio And Thomas: The Most Unethical Sheriff And Prosecutor In America Conspire To Abuse Power And Obstruct Justice oh, and not to mention the seminal “House Judiciary Cuffs Joe Arpaio, The Most Abusive Sheriff In America“. Read and know both if you want to know Sheriff Joe.