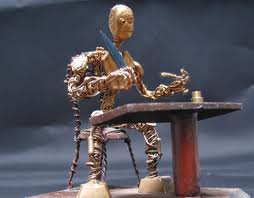 Yesterday afternoon there was a critical guilty plea entered in the ongoing robo-signing mess that lies beneath the festering mortgage crisis.

The former executive of a company that provided documentation used by banks in the foreclosure process pleaded guilty to participating in a six-year mortgage-forgery scheme.

The deal announced Tuesday by the Department of Justice represents one of the only successful criminal prosecutions resulting from the “robo-signing” scandal that surfaced two years ago.

Lorraine Brown, 56 years old, of Alpharetta, Ga., who is a former executive of Lender Processing Services Inc., LPS of Jacksonville, Fla., pleaded guilty to a scheme to prepare and file more than one million fraudulently signed and notarized mortgage-related documents.

A criminal guilty plea to straight on systemic fraud like this (here are the pleas documents) ought to have far ranging consequences for home and mortgage holders, not to mention local county recorders, whose quiet title and fee income, respectively, were damaged by the fraud, or at least so you would think.

A long time attorney involved in the field of mortgage fraud, Cynthia Kouril, writing at Firedoglake, laid out well the paths to recourse plaintiffs damaged by this fraud should have:

At the end, I said that this could be a game changer. In the comments, folks thought that was a reference to the fact that for once we have a criminal case which involves a top tier executive. That is a big deal no doubt, but not the reason this could possibly change everything.

Homeowners who are being foreclosed upon based on a document chain that includes documents prepared by DocX/LPS have a built-in defense, and actually a counterclaim against Ms. Brown’s company. The defense is that the bank offering these documents as evidence no longer has any right to rely on them as proof of anything, and any bank offering a DocX or LPS document as evidence after yesterday knows or should know that they are committing a fraud on the court and on the homeowner.

Secondly, it would mean that the bank would be unable in many instances to prove an essential factual element of its case, that the mortgage and/or note was transferred to the foreclosing entity, and the matter would be ripe for a Summary Judgment motion by the defendant homeowner. This ONLY applies if there are DocX or LPS documents in you chain of transfer (just like the various MERS defenses only applied if your mortgage was put into the MERS system). Also, there may be other facts or circumstance in individual cases that would moot this point.

That sounds marvelous for so many homeowners and other victims, but it is not necessarily going to be the case. Why? Because the Obama Administration and their Department of Justice intentionally sabotaged the ability of these victims to use this plea against the co-conspirator banks, mortgage brokers and mortgage servicers. David Dayen of Firedoglake News is one of the only ones who have caught on to this whitewashing by the DOJ:

Sadly, the federal plea deal strains to hold servicers harmless for this conduct. See this key section, from the “Factual Basis” of the plea:

Brown represented to clients that DocX had robust quality control procedures in place to ensure a thorough and proper signing, notarization, and recordation process. As a result of these representations, clients hired DocX […]

This is just bunk. The idea that servicers – arms of the biggest banks in America – were just duped by Lorraine Brown’s claim of “robust quality control procedures” makes no sense whatsoever. They may not have known the mechanics of Brown’s document fraud, but that’s just because they wanted to insert a layer of plausible deniability – in fact for circumstances just like this. But they definitely wanted documents they could use in court to foreclose on borrowers as quickly as possible. And they didn’t exactly have the ability to do that though any other method than fraud.

That is exactly right. The plea allocution expressly covers the banks asses about knowledge of the forgery. So, as it stands now banks and servicers are also “victims” of Lorraine Brown’s fraud. And that is nothing but pure, unadulterated bullshit, specifically manufactured in the plea process by the government to shield the financial industry at the expense of decimated citizen homeowners.

The pleas did NOT need to include that gratuitous financial industry exculpation, it was sheer treachery by the Obama Department of Justice on the citizens they are supposed to be representing. The subject language did absolutely nothing to mitigate, aggravate, nor perform any function whatsoever, as to the parties to the plea, i.e. the government and the defendant, Lorraine Brown. It’s sole function was ass covering and water carrying for the bankers and financial industry.