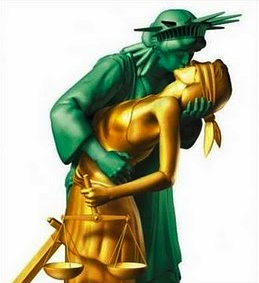 tweets from our circle
emptywheel@emptywheelRT @marcambinder: The ol' show them their own playbook so they can't use it trick can be surprisingly effective. It also requires excellen…17 minutes ago23 January 2022
emptywheel@emptywheelI kind of wonder whether @CoChairMeshawn is trying to distract from the fact that she signed a forged doc that got… twitter.com/i/web/status/1…32 minutes ago22 January 2022
Ed Walker 🍞🌹💉💉@MasaccioEWRT @tylerdeanfilm: @Starbucks This is unacceptable. This is how you treat your partners? The only "tension" is the stuff you're creating…43 minutes ago22 January 2022
Ed Walker 🍞🌹💉💉@MasaccioEWRT @davidsirota: it's wild that a country whose politics is 99% economic class war has a media that is 99% culture war56 minutes ago22 January 2022
bmaz@bmazOne of the best sports law people ever is @WerlySportsLaw and good luck to him and the Titans today.3 hours ago22 January 2022
RayneToday@raynetodayCrazy. Epshteyn makes like Manafort did in front of the camera during RNC. Can't wait for his appearance in front o… twitter.com/i/web/status/1…3 hours ago22 January 2022
Jim White@JimWhiteGNVRT @RevDrBarber: “​​There are people in this country who are dying in their beds right now, but Congresspeople are going on vacation and le…6 hours ago22 January 2022
RayneToday@raynetodayDrive for Show, Putt for Dough, Cheat for Tax Deductions emptywheel.net/2022/01/20/dri… << a post by me about the NYAG's M… twitter.com/i/web/status/1…2 days ago20 January 2022
Secret Service Claims It’s Still Investigating Now-Deceased Aaron Swa... Zoe Lofgren Didn’t Vote to Let Presidents Wage Unlimited War, But John...
Scroll to top