Were Commercial Flights to Guantanamo Ended to Cut Off Coverage of Hunger Strike? 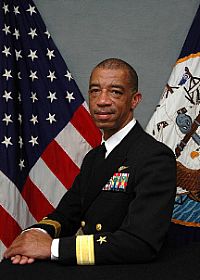 Interestingly, Defense Department spokesman Todd Breasseale claims that Guantanamo is following the US Bureau of Prisons protocol for handling hunger strikers, but the document describing the protocol linked to the CBS News account seems to differ from Breasseale’s claims. In the document (pdf) we have this:

a. When he or she communicates that fact to staff and is observed by staff to be refraining from eating for a period of time, ordinarily in excess of 72 hours; or

b. When staff observe the inmate to be refraining from eating for a period in excess of 72 hours. When staff consider it prudent to do so, a referral for medical evaluation may be made without waiting 72 hours.]

The CBS News article cites multiple attorneys who have had discussions with multiple prisoners who have announced they are on hunger strikes and have missed many meals, lost consciousness from low blood sugar and have lost as much as one third of their body weight. That is in direct contradiction to Breasseale’s claims that these prisoners are taking in enough calories through handfuls of trail mix.

The attorneys wrote a letter to Chuck Hagel on March 14. From the letter (pdf):

As detailed in our March 4, 2013 letter, we understand that the hunger strike was precipitated by widespread searches of detainees’ Qur’ans—perceived as religious desecration—as well as searches and confiscation of other personal items, including family letters and photographs, and legal mail, seemingly without provocation or cause. We also understand that these searches occurred against a background of increasingly regressive practices at the prison taking place in recent months, which our clients have described as a return to an older regime at Guantánamo that was widely identified with the mistreatment of detainees. Indeed, the conditions being reported by the men appear to be a significant departure from the way in which the prison has operated over the past several years. No doubt as well, numerous detainees, including 86 detainees who have been cleared for transfer by President Obama’s Inter-Agency Guantánamo Task Force, are feeling hopeless in the face of 11 years of detention without prospect of release or trial and the continuing inability of the political branches to carry through on their commitment to close the prison in a just manner.

We understand that most of the men in Camp 6, which holds the largest number of detainees at Guantánamo, have been on hunger strike since February 6 to protest these practices. We have also received alarming reports of detainees’ deteriorating health, including that men have lost over 20 and 30 pounds, and that at least two dozen men have lost consciousness due to low blood glucose levels, which have dropped to life-threatening levels among some. The information we have reported has been corroborated by every attorney who has visited the base or communicated with their client since February. According to medical experts, irreversible cognitive impairment and physiological damage such as loss of hearing, blindness, and hemorrhage may begin to occur by the 40th day of a hunger strike, and death follows thereafter. We would think officials charged with the care of detainees would consider these events urgent and gravely concerning; instead, JTF-GTMO officials have yet to offer any response other than to brush aside the reports by detainee counsel as “falsehoods.”

Recall also that before the searches of prisoners’ goods, there was this event in January, as the CBS News article reminds us:

On Jan. 2, a Guantanamo guard fired a rubber crowd-dispersal round from a tower into a group of detainees in the fenced-in recreation area of Camp Six.

So why are things suddenly so much worse in how prisoners are treated at Guantanamo? One reason may be that there is a new commander in charge of the facility. Rear Admiral John W. Smith, Jr. took over Guantanamo last June. His ascension to power coincides very well with the rash of mistreatment allegations. I see nothing in his biography indicating previous experience in detentions (although he does have Cyber Force experience–hello, OCA interruption of trial broadcast!), so the question becomes whether the new abuses are his idea or have been carried out by detention “specialists” to who he has delegated authority. At the very least, the change in leadership is clearly correlated with the current deplorable treatment of detainees which the attorneys described as “increasingly regressive practices at the prison taking place in recent months” and a “return to an older regime”. That sounds to me as though the attorneys blame the change in regime to Smith being in control for the deterioration in prisoner treatment.