Seeing Through the Blizzard to Utah: How Much Space Does Metadata Need

In the blizzard of half-truths, dissembling, and prevarications about the nature of the National Security Agency’s surveillance programs, it’s easy to lose sight of the obvious. In this case, the obvious is about one million square feet in size.

First, a few other large scale objects for comparison:

Here’s Google’s data center in The Dalles, Oregon; note the size of cars in proportion to the size of the buildings on this campus. You’ll find cars are the best tool for estimating approximate physical scale of this and the following examples. 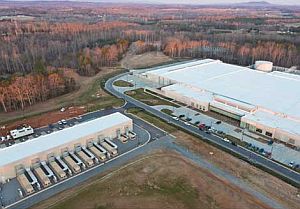 This is Apple’s data center in Maiden, North Carolina. Again, compare the automobiles against the building in the photo for scale. 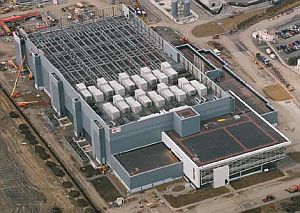 Microsoft has a data center in Dublin, Ireland. It’s a little harder to estimate physical size in this photo. A key difference is the height of the facility, as if development was limited in footprint. 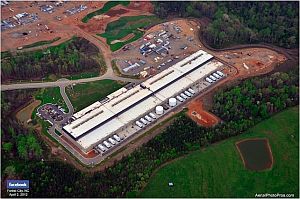 And now Facebook’s Prineville, Oregon data center, which may be somewhat larger than the Apple site.

Unfortunately a good photograph of the NSA’s Bluffdale, Utah data center is unavailable for reposting here without hassle. You can take a gander at this link (original story at this link).

There are more facilities, too, referred to only as “satellites” in this article by James Bamford at Wired, as well as domestic and overseas “listening posts.” All of these facilities have serviced existing surveillance programs to date. Data storage has also decreased enormously in size and cost over the last ten years. (The average MP3 player and digital cameras shrank correspondingly; think of servers as doing a similar downsizing in mass over the same period.) This size reduction likely allowed increased volume of material to be handled at the same sites.

Of course the size of each of the data centers noted here is shaped by the layout of the facilities infrastructure. But each data center has similar basic requirements: adequate floor space for server racks, environmental conditioning services, auxiliary power sources. These scale along with the size and contents of the data center.

Nor are these data centers shown here the only data centers for each business. But as an internet user you’ve got a pretty good guess as to the amount of data handled by each of these social media businesses.

Once you’ve compared these photos, ask yourself just how big a facility hosting limited metadata really needs to be.

And remember the use of the word “collection” on the NSA slides the public has seen to date.