SIGAR’s Sopko re $50 Million Sole Source Rule of Law Contract: “You Can’t Make This Up” 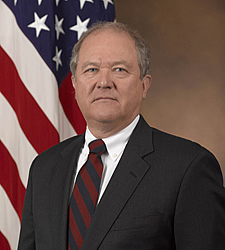 Regarding IDLO itself, the letter is devastating (emphasis added):

Preliminary information gathered by SIGAR auditors suggests that IDLO is ill-prepared to manage and account for how U.S.-taxpayer funds will be spent on the JTTP. Documents provided to SIGAR indicate that IDLO’s annual budget is about $27 million (at €1.32 to the dollar). A State Department official told SIGAR auditors that IDLO’s budget has declined in recent years, even as its portfolio of projects has increased, forcing IDLO to implement its projects with less funding. According to this official, IDLO also lacks proper international financial certifications, which prevents it from validating its internal spending. Therefore, in the absence of further explanation, it seems ill-considered for INL to have awarded almost $50 million to an organization that may not have the ability to account for the use of those funds, under an agreement in which INL failed to require proper provisions for oversight.

The oversight risks associated with INL’s sole source award prompted SIGAR to request substantive information directly from IDLO. However, IDLO has refused to fully comply with SIGAR’s repeated requests for information regarding its budget, organizational structure, and financial relationship with the U.S. government. IDLO has also refused to provide complete copies of the materials it uses to help train Afghan justice sector officials under its award from INL. IDLO’s failure to comply with these requests raises serious concerns regarding its commitment to transparency and willingness to acknowledge the authority of the U.S. government to oversee how U.S. taxpayer funds are spent.

It should come as no surprise then, that Inspector General Sopko would have this to say about the contract:

The State Department — for some inexplicable reason — gave IDLO $50 million in U.S. taxpayer dollars, then gave away any oversight of this foreign entity. The irony here is that State violated its own written policy and gave them a huge check to teach the Afghans about the ‘rule of law.’ As the saying goes, you can’t make this up. We’re going to get to the bottom of this and hold people accountable.

Well said. Although, being foul-mouthed, I would have gone all the way to “You can’t make this shit up”.

Update: IDLO just tweeted this link to me with their rebuttal of SIGAR’s charges: http://www.idlo.int/Documents/IDLO_Statement_re_SIGAR.pdf