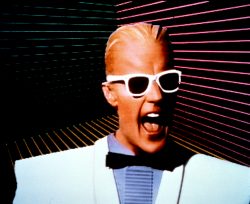 NBC News, showing it can move 20 minutes into the future, has made a new and exciting digital acquisition. From Brian Stelter (who was a great replacement for Howard Kurtz today on CNN’s “Reliable Sources”. Seriously) at the New York Times:

When a plane crashes or a protest turns violent, television crews speed to the scene. But they typically do not arrive for minutes or even hours, so these days photos and videos by amateurs — what the news industry calls “user-generated content” — fill the void.

Those images, usually found by frantic producers on Twitter and Facebook, represented “the first generation of user-generated content for news,” said Vivian Schiller, the chief digital officer for NBC News. The network is betting that the next generation involves live video, streamed straight to its control rooms in New York from the cellphones of witnesses.

On Monday, NBC News, a unit of Comcast’s NBCUniversal, will announce its acquisition of Stringwire, an early stage Web service that enables just that. Ms. Schiller imagined using Stringwire for coverage of all-consuming protests like those that occurred in Tahrir Square in Cairo.

“You could get 30 people all feeding video, holding up their smartphones, and then we could look at that,” she said in an interview by phone. “We’ll be able to publish and broadcast some of them.”

Such a vision fits neatly into the future many academics predict. That future has fewer professional news-gatherers but many more unpaid eyes and ears contributing to news coverage.

Before we delve too far into the analogies with the once dystopian future we are now quickly inhabiting, it should be acknowledged that, while new and exciting, this is really just a big incremental step ahead of what CNN has been doing for a while with its “iReport” function.

But the Stringwire capability would look to provide even greater immediacy than CNN’s iReport and, perhaps, even streaming coverage. There is, of course, a very negative side to this potential should unfortunately slanted or particularly grotesque coverage be presented. Also a very real concern is the potential for interference in law enforcement investigations and trauma to people effected and/or prejudiced, including witnesses, defendants and future jury pools, by publication before news is ripe and edited.

The above being said, for my part, I find Groman’s Stringwire concept to be pretty exciting and think it a pretty smart move by Vivian Schiller and NBC News. But, boy howdy, does it bring to mind the once and, apparently future, dystopian information landscape of Max Headroom. From Wiki:

The series is set in a futuristic dystopia ruled by an oligarchy of television networks. Even the government functions primarily as a puppet state of the network executives, serving mainly to pass laws — such as banning off switches on televisions — that protect and consolidate the networks’ power. Television technology has advanced to the point that viewers’ physical movements and thoughts can be monitored through their television sets; however, almost all non-television technology has been discontinued or destroyed. The only real check on the power of the networks is Edison Carter, a crusading investigative journalist who regularly exposes the unethical practices of his own employer, and the team of allies both inside and outside the system who assist him in getting his reports to air and protecting him from the forces that wish to silence or kill him.

To elaborate a little, Edison Carter of “Network 23” is one of several journalists, including another character by the name of “Blank Reg” of “Big Time TV”, who scour the landscape as one man newscrews, just them and their own videocam, for breaking news that will live feed instantaneously to their national networks to drive ratings. So, you can see the analogy to NBC’s Stringwire concept.

One difference between Max Headroom and the current television news existence is that, in Max Headroom, the television broadcasters wholly consumed and dictated to a puppet state government. The current existence of television news seems more tilted to the profit centered, shallow mass consumption oriented, stenography of government issued and manipulated propaganda. One need only look back at the coverage of the Iraq war, Afghanistan, Guantanamo, torture, the rise of the surveillance state or any report from Barbara Starr at CNN (thank you Michael Hastings) to see the problem.

So, while there is certainly potential for some concerns, maybe a function like Phil Groman’s Stringwire at NBC News can not just bring an immediacy to television news, but eradicate some of the governmentally issued bullshit that results from “Breaking News” from the likes of Barbara Starr.

All hail the future. Big Time Television, “All day every day, making tomorrow seem like yesterday.”