If We Collect Warning of CW Attacks But Nobody Notices, Does It Do Much Good? 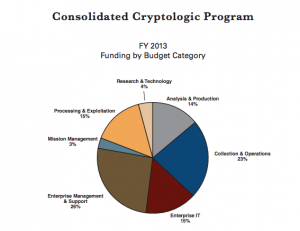 Almost a week after the rebels first complained that the US had warning of the chemical weapon attack before it happened on August 21, James “Too Cute by Half” Clapper’s office is offering an explanation: They had collected, but not analyzed, that information when the attack occurred.

One of the key pieces of intelligence that Secretary of State John Kerry later used to link the attack to the Syrian government — intercepts of communications telling Syrian military units to prepare for the strikes — was in the hands of U.S. intelligence agencies but had not yet been “processed,” according to senior U.S. officials.

That explains why the White House did not warn either the regime or the rebels who might be targeted as it had done when detecting previous preparations for chemical strikes.

“We know that for three days before the attack the Syrian regime’s chemical weapons personnel were on the ground in the area making preparations,” Kerry said as he presented the evidence in a State Department speech last week. “We know that the Syrian regime elements were told to prepare for the attack by putting on gas masks and taking precautions associated with chemical weapons.”

But the Obama administration only uncovered the evidence after Syrians started posting reports of the strike from the scene of the attack, leading U.S. spies and analysts to focus on satellite and other evidence showing a Syrian chemical weapons unit was preparing chemical munitions before the strike, according to two current U.S. officials and two former senior intelligence officials.

“Let’s be clear, the United States did not watch, in real time, as this horrible attack took place,” Shawn Turner said in a statement to The Associated Press on Wednesday. “The intelligence community was able to gather and analyze information after the fact and determine that elements of the Assad regime had in fact taken steps to prepare prior to using chemical weapons,” Turner said. [my emphasis]

For what it’s worth, I’ve always been mindful of Administration use of the term “Syrian regime elements” in this formulation, which seems like a euphemism for something, though I’m not sure what. Add in the likelihood that the admission we didn’t notice these signs in real time, taken at face value, suggests we were less carefully monitoring some collection facilities than you might think, which may say as much about our how our understanding of critical players in the regime ended up not matching the critical players in the attack.

But I’d like to take a step back and consider what it might say about the efficacy of our dragnet.

In reviewing the budget details released last week, I and others wondered whether we were investing enough in the analytical part of the intelligence process. As the chart above shows, our consolidated cryptologic budget allocates 14% to analysis. That’s actually higher than other kinds of intelligence (and some of the warning we got would have been satellite imagery).

Given opacity around budgetary issues, I’m not really sure whether that’s an appropriate response or not (as I said, I and others just raised the question; we didn’t offer answers).

But given what happened with this intelligence — with both claimed intercepts and satellite images — I really do wonder whether we’re aiming for total collection, without the analytical capacity to make it worthwhile.

tweets from our circle
emptywheel@emptywheelWaPo's @jawillick would like you to know that Trump's not responsible at all for 1) his wildly inappropriate action… twitter.com/i/web/status/1…32 minutes ago07 February 2023
emptywheel@emptywheelRT @dfriedman33: Ahead of the House Oversight Committee hearing Weds on Twitter and Hunter Biden, I demand that everyone, especially @James…41 minutes ago07 February 2023
emptywheel@emptywheelRT @kyledcheney: NEWS: Scott PERRY acknowledges to me that he's the subject of a secret legal battle by DOJ to access his phone, which it s…47 minutes ago07 February 2023
Ed Walker 🍞🌹💉💉@MasaccioEWRT @haymarketbooks: It’s us, we’re publishing company twitter.com/thehill/status…11 hours ago07 February 2023
bmaz ( @[email protected] )@bmazI don't ever promote much of anything, but this chocolate is seriously good. kuhl.com/kuhl/other/acc…15 hours ago07 February 2023
bmaz ( @[email protected] )@bmazNobody wants to coach the Cardinals. twitter.com/Vikings/status…18 hours ago06 February 2023
bmaz ( @[email protected] )@bmazWhy did you need a gun in Mexico, jackass? Am there quite frequently, and never needed a gun. NASCAR Star Kyle Bu… twitter.com/i/web/status/1…18 hours ago06 February 2023
Ed Walker 🍞🌹💉💉@MasaccioEWRT @inequalityorg: 166 million Number of Americans living paycheck to paycheck at the end of 2022. Even among people earning more than $10…20 hours ago06 February 2023
Jim White@JimWhiteGNVRT @bmaz: @JimWhiteGNV @ptoemmes @laRosalind This is important. The last time I heard about a Komodo, it bit Sharon Stone's husband. http…4 days ago03 February 2023
Joby Warrick Is the New Judy Miller Parallel Processing: AUMF Assad Spanking and Then Article II Regime Change
Scroll to top