[This week’s Trash is by an esteemed guest poster, McCaffrey]

Hi there fine humans that inhabit and visit this here blog! My name is McCaffrey, and I allow Mr. and Mrs. Wheel to live with me in my house. Now, much like the grand Norma Desmond, I have always been “ready for my closeup”. And, baybee it came today! Like butter, I am on a roll.

Yes, you probably have seen by now the feature story on meeeee that Newsweek Magazine came out with today. Yes yes, there was also mention of my mom, Emptywheel, but I was the star of the show. All teh bitchezz are gonna want to date meeeee! Also, I LOVE jerky and pizza.

Well, enough about me, I hear we are supposed to talk trash here. I love talking trash. Even more, I love rummaging through trash. Oh, wait, I am getting word that is a different kind of trash. Jeez, all these rulz. Alright, let’s see what is up then.

One of my favorite people in the world is my lawyer, bmaz (he gives me jerky! WOOF!), has his Sun Devils down in Texass at the Jerry Dome to play the Blighted Irish. But, no, that is not the biggest game. The biggest student athlete game is the Fighting Journalists of Northwestern, versus those pernicious Sweatervests from THE Ohio State University. This is the biggest game in Evanston in a very long time and I think even the ESPN Game Day crew is there. OSU is a favorite by 7 points on the current line. I am pulling for the Journalists, but wouldn’t bet real money on them.

The other tilt of note is the aforementioned ASU Sun Devils and Notre Dame. Number 22 ranked ASU is 4-1, with their only loss to Stanford on the road. The Devils had an abysmal first half, but outplayed the Tree in the second half. Still got whacked. Hard to tell if ASU is for real or just lucky (and man were they lucky against Wisconsin). The Irish have two losses and fell out of the top 25. Still, their losses were to Michigan and Oklahoma, both nationally ranked teams. I have no idea what will happen in this game, but it should be a great one to watch. Also interesting is the late night Saturday Pac-12 conference matchup of Washington and Stanford. The Huskies have a nice team this year under Steve Sarkisian (who may well bolt next season for his old haunts at USC), but they don’t have enough to overcome the Tree.

In the Pros, we have already seen the Browns move to 3-2 with a win over the Bills on Thursday night. But they lost their sparkplug Brian Hoyer for the year to an ACL injury. Brandon Weeden, who had lost the starting job to Hoyer will have to lead them now. He did well against the Bills though. Game of the weekend has to be the Lions at Lambeau to meet the Cheese. Good luck with that, the Kittehs are 0 for their last 22 visits to Titletown. Don’t think the breakthrough is coming this year either. Lot of noise about Denver in Dallas, but, man, Peyton is on fire. Dallas has always been a thorn for Peyton, but hard to see it this year. 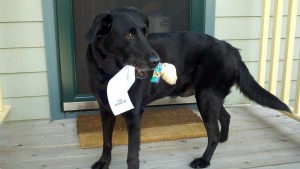 Seattle at the Colts should be a great game. Lot of folks had the Colts dropping off this year, but they are really good once again. Luck versus Russell Wilson. Game on. Both teams have great QBs and both have punishing running backs. Indy is good on D, but I think Seattle is enough better to carry the day. Pats at Bengals could also be a good game. Bill Bel and Brady are getting their groove back though, so I will ride with them (also, they are Mom’s team, so WOOFF!!) Iggles at Giants….Hahahahahaha, jeez who cares anymore? Chefs at Titans also could be decent game. I’m going to take Alex Smith and Andy Reid here, they are just too steady.

This weekend is also the Korean Grand Prix. Yeongam is not a bad circuit, especially considering the boys just escaped the ugly Marina Bay in Singapore. Vettel and Red Bull already pretty much have the crowns locked up, the jousting behind them is all there really is of interest left. And Alonso looks pretty firm in second place for that matter. By the way, Sebastian Vettel is turning into a bit of a consistent dick. Weather outlook is improving from possible typhoon status, but still could be dicey.

And, finally, baseball. Divisional playoffs are in full swing, and all the series are looking interesting. Hard not to root for the Pirates.

Well humans, that is it for my guest star role here. Remember, I LOVE cute girl dogs, pizza and jerky! Oh yeah, the music, ahem, what else did you think a black dog would play??