Science in the ‘National Interest’: What About Everything Else? [UPDATE] 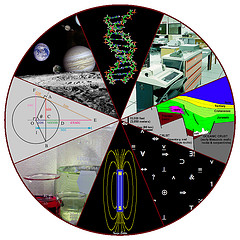 The problem here isn’t that the NSF in particular isn’t validating grants as to whether they serve the “national interest.” The NSF already uses criteria to evaluate proposal submissions for their alignment with the nation’s aims.

The real problem is that Rep. Lamar Smith is not qualified to lead with regard to assessing the value of science. He’s a lawyer with some business background — he does not have an education strong in science, technology, engineering, and math (STEM). Ditto the other 14 out of 22 total Republican members who are mainly lawyers and accountants, not previously educated or employed in STEM-related fields.

Nor do Rep. Smith and his majority of the overall science committee appear to understand the NSF’s grant-making process. The approximately 40,000 annual research proposals covering non-medical science and engineering are “reviews are carried out by panels of independent scientists, engineers and educators who are experts in the relevant fields of study, and who are selected by the NSF with particular attention to avoiding conflicts of interest.” Only 25% of proposals evaluated receive awards. What will the NSF reviewers do differently than they have already been doing in their assessments?

If the point is to ensure that overall proposal funding is reduced, Rep. Smith should just cut to the chase and say that, because changes to the review process may simply add more bureaucracy without adding any value, and potentially allow gaming of the system if non-STEM criteria and reviewers are eventually added who have no idea as to the value of the proposals they are evaluating.

Ultimately, this entire proposal to assess science investment for fit with “national interest” is rather flippant: what do Rep. Smith and the rest of the House Science Committee Republicans think socialism is, but a “co-operative management of the economy”? Wouldn’t putting science funding through a “nation’s interest” assessment encourage a more socialistic, co-operative approach to our nation’s investment in science?

Not that this is a problem; we could have used more of that approach in the financial sector, for starters, to prevent debacles like the crash of 2008. But I’m betting Republicans really don’t want government to take a more socialized stance.

Long-time community member Valley Girl brings a little more perspective to this issue, of particular note given her deep background in science as a career.

I’ve been poking around the NSF site trying to find more data. When wiki says 10,000 of 40,000 proposals are funded, I started wondering about this. NSF has grant programs that cover a whole range of things- not just research grants (as normally understood by the scientific community, but NSF pre- and post-doctoral grants to individuals, etc. I don’t know what the funding rates are for their different programs, and I can’t find this information. But, my recollection having served on NSF research grant review panels is that the funding level (% wise) is (or at least was) around 10% research grants being funded. At the time, the odds of getting an NSF research grant were lower than getting a research grant from NIH= National Institutes of Health (=HHS in various tables I looked at). And, the dollar amount of these individual grants was (probably still is) small compared with NIH. Tiny.

Look at Table 2 for example, which includes research and development. There are two sets of columns, one for current dollars, and one for 2005 equivalent dollars. Following is from first set of columns $ for DOD, HHS (NIH) and NSF, projected 2013 spending. Note that these are “Current $millions”, meaning get out your million $ multiplier.

NSF is the only agency that supports “ecology” i.e. studies that might track global warming, so I think previous suggestions re: motives are spot on.