This partial screen capture from the “World” section of today’s New York Times really needs no further explanation of the incompetence of US diplomats and military strategists: 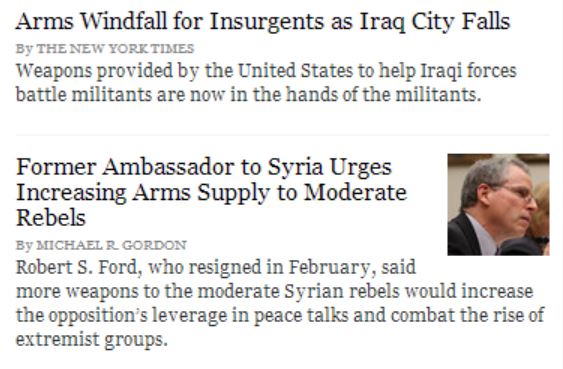 There simply are no words to adequately describe the insanity at work here. Even as each misadventure winds down in disastrous fashion, the new ones follow the same perverted script.