Will Greene’s Death Become Symbolic Image for End of US Training Effort in Afghanistan? 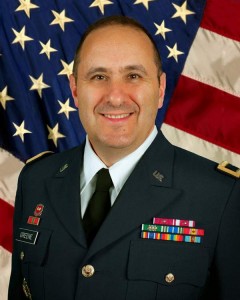 Major General Harold J. Greene’s death Tuesday in Afghanistan is noted in the press primarily for him being the highest ranking officer killed in Afghanistan or Iraq. It has been pointed out in a few stories that Greene was deputy commander of the Combined Security Transition Command-Afghanistan (CSTC-A), the primary group responsible for training of Afghan security forces. What I haven’t seen anywhere yet is that it appears Greene only held this role a very short time, as his assignment to CSTC-A was announced on January 8 of this year. Greene was an engineer and held a doctorate in materials science. At the time that he was appointed to CSTC-A, Army Times says that he was “deputy for acquisition and systems management, Office of the Assistant Secretary of the Army (Acquisition, Logistics and Technology), Washington, D.C”.

One would presume, then, that Greene was sent to Afghanistan to help train Afghans to improve their notoriously bad system of supplying its troops who are being handed increased responsibilities as US troops draw down. Sadly, though, Greene became a victim of a problem in another part of Afghan forces training that reached its peak in 2012: the killing of US personnel by Afghan security forces, or Green on Blue killings. Although initial reports put the attack as having taken place at the British facility for training Afghan officers, the attack actually took place inside the same complex at Afghanistan’s National Defense University.

Significantly, the Afghan soldier who shot Greene had been a member of the military for three years. More details of the attack come from the Washington Post:

The fatal attack on Tuesday was an acute embarrassment to the Afghan military leadership, because it occurred inside the Afghan equivalent of the U.S. military academy at West Point, and was aimed at a Western VIP delegation that had come to assess the army’s progress in being able to defend the nation as Western forces prepare to leave.

Afghan officials said the shooter, who used the single name Rafiqullah, had just returned from a patrol around midday and was still carrying his weapon when he concealed himself in a bathroom within close range of the delegation, then opened fire. His weapon, described as either an assault rifle or a machine gun, would have been issued by NATO. More than a dozen people were wounded, including eight Americans, a German general and a top Afghan commander of the training facility.

Interestingly, the Post goes to lengths to say the Taliban wasn’t involved in Greene’s attack:

Officials said there was no indication that he was part of a conspiracy or had Taliban sympathies.

While that may be the case, it appears that Greene’s death sparked new activities by Taliban sympathizers within other Afghan security force units yesterday. From the New York Times:

Two attacks by Afghan police officers who were collaborating with the Taliban claimed the lives of 11 police officers in southern Afghanistan on Wednesday, officials reported. News of the so-called insider attacks came as the authorities were still grappling with the assassination one day earlier of an American general by an Afghan soldier.

In one attack, a police officer secretly working for the Taliban poisoned five colleagues at a compound in southern Afghanistan, then invited insurgents inside to shoot the stricken officers to death and steal their weapons, the officials said.

Gulab Khan, the provincial head of criminal investigations, said the other assault targeted a national police checkpoint on the outskirts of Tarin Kowt, the capital of Uruzgan Province, where Taliban fighters killed the guard on duty, then executed five others as they slept. One officer, believed to be in league with the insurgents, escaped with the militant fighters, according to Doost Mohammad Nayab, the spokesman for the provincial governor.

It’s very difficult to see how things could be much worse for US efforts in Afghanistan. The election, which was to have produced a winner who would quickly sign the Bilateral Security Agreement granting criminal immunity for US troops to stay beyond the end of this year, is still mired in endless squabbling over the recount and shows no prospect for a rapid resolution. Taliban attacks are coming with higher frequency and now insider attacks appear to be restarting.

It looks increasingly unlikely to me that a route to a signed BSA will emerge with sufficient time to keep US troops in Afghanistan beyond the end of the year. If that turns out to be the case, Greene’s death may well become the event historians hold up as the symbolic end of the US training effort in Afghanistan.