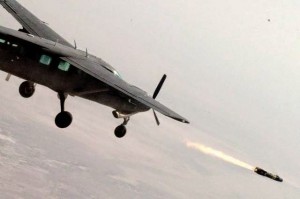 tweets from our circle
emptywheel@emptywheelShorter GOP: You have to shoot down the Chinese spy balloon as soon as it floats 60,000 feet over our airspace. A… twitter.com/i/web/status/1…15 minutes ago04 February 2023
bmaz ( @[email protected] )@bmazIt took a missile to take out the balloon? The POTUS had to be involved? Loan me a Glock and Cessna 152 and the ba… twitter.com/i/web/status/1…20 minutes ago04 February 2023
emptywheel@emptywheelReminder that Poso was actually trained at taxpayer expense not to be this stupid. pic.twitter.com/nK5Yj2gAOi28 minutes ago04 February 2023
Ed Walker 🍞🌹💉💉@MasaccioEWRT @JoyceWhiteVance: Facts are annoying little things. They interfere the House Judiciary Chairman's attempts to confuse & divide the Ameri…4 hours ago04 February 2023
Ed Walker 🍞🌹💉💉@MasaccioEWRT @PaulHRosenberg: "constitutional conservatism" was a brand launched from the ashes of the Bush administration, but it never had a coher…5 hours ago04 February 2023
Jim White@JimWhiteGNVRT @bmaz: @JimWhiteGNV @ptoemmes @laRosalind This is important. The last time I heard about a Komodo, it bit Sharon Stone's husband. http…1 day ago03 February 2023
Jim White@JimWhiteGNVThe Kamado has left the building! @ptoemmes @bmaz @laRosalind pic.twitter.com/Zl84eb9xq11 day ago03 February 2023
Mike Flynn Invokes OUR Anthrax and Calls Them the Terrorists Did Anthony Coppolino Fib about NSA’s New Architecture?
Scroll to top