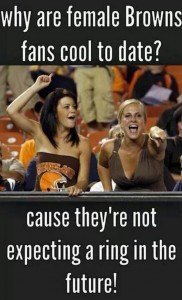 There is a LOT going on this weekend in the sports of Trash department. It is pretty early for in depth analysis (not that my analysis is ever particularly deep, mind you), so think we will do an overview of all that is going on and a couple of side stories of note.

As I write, I am watching qualifying at Monza for the Italian Grand Prix. As I try to convey every year, there are two GPs that are the living epitome of the sport at its best. Two weeks ago was the Belgian GP at Spa, hands down in my book the most beautiful full circuit (i.e. Monaco excluded). This week is Monza, the oldest and fastest circuit. Simply great racing. Tune in tomorrow morning on NBC Sports channel; coverage starts at 7:30 am EST.

Even though Marcy has abandoned her one time main girl, Brittney Griner, Brittney and the Phoenix Mercury are in the WNBA Finals, which start Sunday. They face the Chicago Sky and Elena Delle Donne. That said, the best player on the floor will be Phoenix’s Diana Taurasi. Bob Schacht would be proud.

But, of course, the big ticket is football, and this is the first full weekend with both college and pros. Not a real promising start Thursday night, but, man, the Squawks look like they are picking up exactly where they left off.

The big game is not in The Big House, but is instead at South Bend, where the

Wolverweenies will face the Irish for the last time. Say what you will about both, this is a compelling series historically, and it is a shame it is being discontinued. Notre Dame appears determined to destroy the soul of their program. Game appears to be a toss up, but I hope Michigan kicks Irish ass for backing out of their series. The other two great games come courtesy of the Pac-12. USC at Stanford should be fascinating. Give the Trees a slight edge because it is in Palo Alto. And 7th ranked Michigan State Spartys travel to Eugene to take on the 3rd ranked Ducks of Oregon. MSU is good, but the Quackers are better and are deadly at home. In the SEC, the interest is to see what Kenny Football and the Aggies will do this week. Jim’s Gators take on the mighty Eastern Michigan Eagles.

In the pros, the opening week schedule is, frankly, not that interesting. Luck and the Colts at Denver to face Peyton may be the class of the lot. I’ll take the Donk’s in that one. Niners at Dallas could be a lot better game than people think. Niners are going to let their latest criminal, Ray McDonald play, so there is that. Dallas is at home and has something to prove. I’d still bet on SF, but wouldn’t be surprised if the game goes differently. Bolts at Cardinals for Monday night game may be decent. The Bengals at the Ravens is a tough early season division matchup; road team may actually win that, but good game. Hard to expect much from the Brownies at the Steelers. Pittsburgh is clearly better and Johnny Football won’t see much action. Cleveland girls rock though! Have the Steelers regained their swagger, or is it another down year? We will start to see Sunday.

Okay, and now for a couple of other sports related things. Let’s start off with an honest to god feel good story from the NFL and the Cincinnati Bengals. From Yahoo Sports:

The Cincinnati Bengals appeared to have moved on from former second-round defensive tackle Devon Still when they cut him this preseason. Still, 25, certainly has looked like a bust to this point in his career, and his preseason play was not an indication he had come around.

However, Still has had much bigger and better things on his mind than football. His 4-year-old daughter, Leah, was diagnosed with stage 4 pediatric cancer back in June.

So when training camp came around, Still lost some desire to play. The Bengals had no choice but to cut him.
….
But there’s a silver lining to this story. The Bengals re-signed him to their practice squad, and the $6,300 weekly salary and medical insurance will go a long way to help Leah. Still is eminently grateful for the team’s gesture when he knows they simply could have made what NFL teams like to call “business decisions.”

That is a pretty heartwarming story, I hope everything comes up roses for Still and his daughter.

The second story is nowhere near as heartwarming, the continuing ageism and sexism of NFL television media. Pam Oliver, in a nice essay in Essence Magazine, opens up about being dumped by Fox Sports as their lead sideline reporter. that is a job that Oliver has had for a very long time, and that she is fantastic at. Too many of the female sideline reporters are little but eye candy with a microphone, but not Pam Oliver, she has long been a real pro.

Even before my bosses told me what was going on, there had been rumblings that my days as a sideline reporter were coming to an end. Two years earlier, Fox Sports had hired Erin Andrews, a high-profile side-line reporter from ESPN, and I knew they hadn’t brought her on just to be a benchwarmer. Colleagues, and even coaches and players, would come up to me and say things like, “Boy, you’re handling this well. You’re really a class act.” But I let the rumors roll off my back. Without official confirmation about a change in my position, I decided I was going to do my work like I always had. Still, I was humiliated.

And then Oliver hits the nail on the head:

Once the changes were announced, people started talking. Some asked, “Do you think it had something to do with your race?” No. I definitely do not. Others asked, “Does it have something to do with your age?” Well, maybe. The business is very demographic-oriented. As one executive said to me, Fox Sports will look radically different in the coming years. I assume that means they want to look younger. It’s not difficult to notice that the new on-air people there are all young, blond and “hot.”

Yup. Young, blonde and hot. And vapid. Frankly, I think Oliver was too kind to Erin Andrews in her article. Andrews is pretty, and she is okay as a reporter, but she is nowhere near the pro Pam Oliver is, and never will be. But, hey, she is younger and blonder and that is exactly the FOX profile isn’t it?

The ageism thing is troubling. Pam Oliver and Lessly Visser before her, were the avatars of quality sideline reporting and were both still in their prime journalistically, and both still very easy on the eyes. And both got punted for far less competent cookie cutter blondes. It is a despicable trend and Fox Sports should be ashamed of themselves.

Welp, that is it for now. Let the trash begin.