Americans: On the Internet, People Do Too Know You’re a Dog 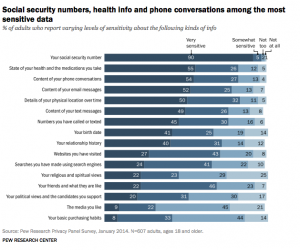 Back in 1993, cartoonist Peter Steiner famously captured a largely held belief about the Internet: “On the Internet, no one knows you’re a dog.”

According to a fascinating new study from Pew, that’s no longer true.

I find two other things about this most interesting. First, the demographics on the specific answers are very fascinating. Just as one example, more affluent people are more likely to check how they come up on Internet searches.

Self-searching activity varies greatly across different groups, particularly by age, income, and household education. Adults under the age of 50 are far more likely to be “self-searchers” than those ages 50 and older, and adults with higher levels of household income and education stand out as especially likely to check up on their own digital footprints.

But I can imagine that’s because they live more of their life online (and they’re more apt to use things like Linked In to apply for jobs). There are also demographic differences in what people find sensitive (see differences in sensitivity about email content at 50, for example). Again, that may reflect the degree to which these tools are available, and therefore are likely to include sensitive communications.

The other thing, however, is that people appear far less worried about metadata than they should be. I get why people are almost universally worried about social security privacy — and this likely reflects the fact that the most immediate threat to everyone is identity theft, not government spying or abuse from Google. But in both government and commercial hands, metadata have become more revealing than content. Respondents don’t seem to worry about it though.