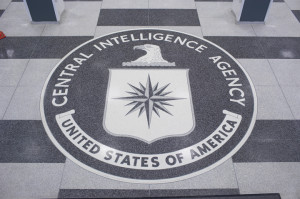 Here’s my latest on the Jeffrey Sterling trial from ExposeFacts.org:

Coming back into the courtroom after a break in the Jeffrey Sterling trial this afternoon, I heard an odd conversation. Apparently the government had unsuccessfully tried to get the defense to stipulate that the hairdresser for the FBI officer who had investigated this case had read James Risen’s book, State of War, in the Eastern judicial district of Virginia, where the court is located.

“There is no hairdresser privilege,” the judge presiding over the case, Leonie Brinkema, ruled.

So after a surprisingly weak presentation of computer forensic evidence, the government then called the investigating FBI officer’s hairdresser, who I will refer to as Julia P (because why shouldn’t she get the same privacy protections all the CIA’s witnesses got?). She seemed unprepared for court testimony, dressed casually. But she was a welcome breath of fresh air from all the stern witnesses preaching national security we’ve seen in the trial so far.

“Hi!” she said in a high voice as she took the stand. She explained she’d been a hairdresser for 35 years (she looked far too young for that to be the case). Julia P then confirmed that she had read State of War.

She went on to confirm that she had read the book in Alexandria, VA shortly after it came out and that she does not have a security clearance.

The government, you see, is trying to establish they have charged Jeffrey Sterling in the proper venue. If anything has so far been presented that ties the alleged crimes to the Eastern District of Virginia, it’s not apparently clear what that is. It may be that the government had intended to use Risen’s testimony to establish venue in CIA’s home judicial district, but even there, he lives in Maryland and his office in is District of Columbia, as the government had just stipulated.

So they called the investigative Special Agent’s hairdresser.

And citing no precedent for this means to establish venue for an espionage case, the prosecution got Julia P to testify she had read a nationally released book that disclosed classified information in the same city where the trial is taking place.

Judge Brinkema then interjected, “how did you obtain the book?” It might have been either Borders or Barnes & Noble, Julia P explained. When pressed, she said it was probably in Alexandria or Arlington.

But it might have been in Bowie, Maryland, because her boyfriend lives there.

As Julia P pointed out, there are Barnes & Nobles all over.

When she was dismissed, Julia P responded with the same refreshing voice, “Thank you!”

Note, of a fairly large jury pool, not a single potential juror had read Risen’s book. But to Julia P’s great credit, she has.

I’m anticipating that the venue jury instructions are going to be mighty interesting.