David Petraeus Gets Hand-Slap for Leaking, Two Point Enhancement for Obstruction of Justice 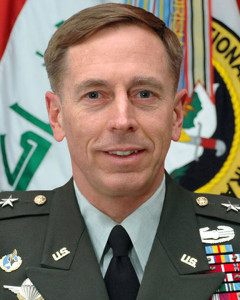 Among the materials in the eight “Black Books” Petraeus shared with Broadwell were:

Petraeus kept those Black Books full of code word information including covert identities and conversations with the President “in a rucksack up there somewhere.”

Petreaus retained those Black Books after he signed his debriefing agreement upon leaving DOD, in which he attested “I give my assurance that there is no classified material in my possession, custody, or control at this time.” He kept those Black Books in an unlocked desk drawer.

For mishandling some of the most important secrets the nation has, Petraeus will plead guilty to a misdemeanor. Petraeus, now an employee of a top private equity firm, will be fined $40,000 and serve two years of probation.

He will not, however, be asked to plead guilty at all for lying to FBI investigators. In an interview on October 26, 2012, he told the FBI,

For lying to the FBI — a crime that others go to prison for for months and years — Petraeus will just get a two point enhancement on his sentencing guidelines. The Department of Justice basically completely wiped away the crime of covering up his crime of leaking some of the country’s most sensitive secrets to his mistress.

When John Kiriakou pled guilty on October 23, 2012 to crimes having to do with sharing a single covert officer’s identity just days before Petraeus would lie to the FBI about sharing, among other things, numerous covert officers’ identities with his mistress, Petraeus sent out a memo to the CIA stating,

Oaths do matter, and there are indeed consequences for those who believe they are above the laws that protect our fellow officers and enable American intelligence agencies to operate with the requisite degree of secrecy.

David Petraeus is now proof of what a lie that statement was.