The Curious Case of Stuxnet and North Korea: Why the News-Dumped Confession? 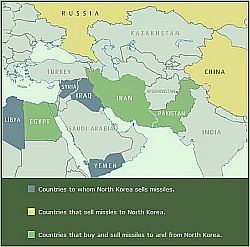 In news dump territory — 2:59 p.m. on a Friday afternoon following this last Memorial Day, to be exact — Reuters published an EXCLUSIVE story in which anonymous sources claimed the U.S. launched a cyber attack on North Korea using a modified version of Stuxnet.

This is hardly news. It’s rather a confirmation by an anonymous source, likely a government official, of the Stuxnet program’s wider aims. This was discussed here at emptywheel in 2013.

Far too much of North Korea’s nuclear energy development program looked like Iran’s for Stuxnet not to be a viable counter-proliferation tool if North Korea had succeeded with uranium enrichment.

And far too much information had been shared in tandem between North Korea, Iran, and Syria on nuclear energy and missile development (see image), for Stuxnet not to have a broader range of targets than Iran’s Natanz facility.

Let’s assume folks are savvy enough to know the Stuxnet program had more than Iran in its sights.

Why, dear “people familiar with the covert campaign,” was the confirmation to Reuters now — meaning, years after the likely attempt, and years after Stuxnet was discovered in the wild?

And how convenient this confession, five days before Kaspersky Lab revealed the existence of Duqu 2.0? Did someone “familiar with the covert campaign” believe the admission would be lost in Duqu-related news?

With the confession, though, begins a volley of exchanges:

It’s anybody’s guess what the next lob will look like, especially after NK’s foreign minister met with China for reasons believed connected to drought aid.

You can bet there will be some effort to exchange nuclear inspection access for trade and aid, as previously negotiated during Bill Clinton’s administration.