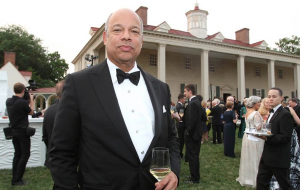 There is a distinct problem in this country with excessive inbreeding of politicians, lobbyists and journalists. In a country where so many are now ruled by so few in power, it is becoming, if not already become, the biggest threat to American democracy. I would add in corporations, but, heck, who do you think the politicians, lobbyists and journalists represent at this point?

Now, corporations and their money through their mouthpiece lobbyists have long had a stranglehold on politics, whether through the corps themselves or their wealthy owners. But the one saving mechanism has historically been claimed to be the “Fourth Estate” of the American press who were there on behalf of the people as a check on power. But what if the Fourth Estate becomes, in fact, part of the power? What then?

What if the crucial check on federal and state power is by journalists who are little more than stenographers clamoring for access and/or co-opted social friends and elites with the powers that be? What if the sacrosanct civil servants of this country are nothing but Kardashian like shills out for a free gilded ride before they leave office to cash in with private sector riches befitting their holiness?

Golly, if only there was an example of this incestuous degradation. Oh, wait, get a load of this just put up by Kate Bennett’s KGB File at Politico:

In a generally stay-at-home administration, one member of the Obama Cabinet is proving to be the toast of the town. Jeh Johnson, the oh-so-serious-on-the-outside secretary of Homeland Security, is fast becoming Washington’s No. 1 social butterfly, dining out at posh restaurants like CityCenter’s DBGB, as he did last week with a small group that included Amy Klobuchar, Steny Hoyer, CNN’s Jim Sciutto, the New York Times’ Ashley Parker, author Aaron Cooley, and lobbyist Jack Quinn and his wife Susanna.

For a guy who’s been running a 24/7 war against terror since 2013, Johnson seems to have a lot of time to trip the light fantastic. He can often be seen enjoying regular catch-up sessions with BFF Wolf Blitzer at Café Milano (back table, naturally); and mingling at black-tie soirées, such as the Kennedy Center Spring Gala, the Opera Ball, or a champagne-fueled VIP garden party at Mount Vernon to toast French-American relations, all of which Johnson attended—and stayed at beyond the requisite cocktail-hour schmooze.
Story Continued Below

“There’s rarely an invitation he’ll turn down,” says an aide to Johnson, who prefers to remain anonymous, of his boss’s penchant for spending three-to-four evenings a week at social functions — and actually enjoying them.

I am not going to bother to dissect that, it speaks all too clearly for itself. And it is hard to figure which is more pukeworthy, the bon vivant civil servant or the elitism displayed by the supposed watcher last bastion journalists. It is all of the same cloth.

What’s wrong in Washington DC? Here you go. When the pathology on the boneyard of American democracy is run, this vignette will appear.

Maybe this is why Tom Vilsack could find a spare couple of hours out of one of his days to explain in a deposition why he and the Obama Administration knee jerkily demanded Shirley Sherrod’s resignation based upon a crank fraudulent video by a schlock like Andrew Breitbart.

Because “Executive Privilege” now means “Privileged Executives” who can party all night with their elitist journalistic pals and screw the rest of the government, and people it serves, during the day. Just like the Founders envisioned obviously.