I’m still reading this report on DEA’s informant program, which shows that DEA operated by its own rules, sometimes resulting in DEA having high level informants that didn’t comply with the Attorney General’s guidelines, at other times resulting in informants engaging in unreviewed otherwise illegal activity, and generally showing inadequate vetting and paperwork.

But here’s an awesome table showing that before 2012, DEA was spending less than a minute reviewing its use of sources. 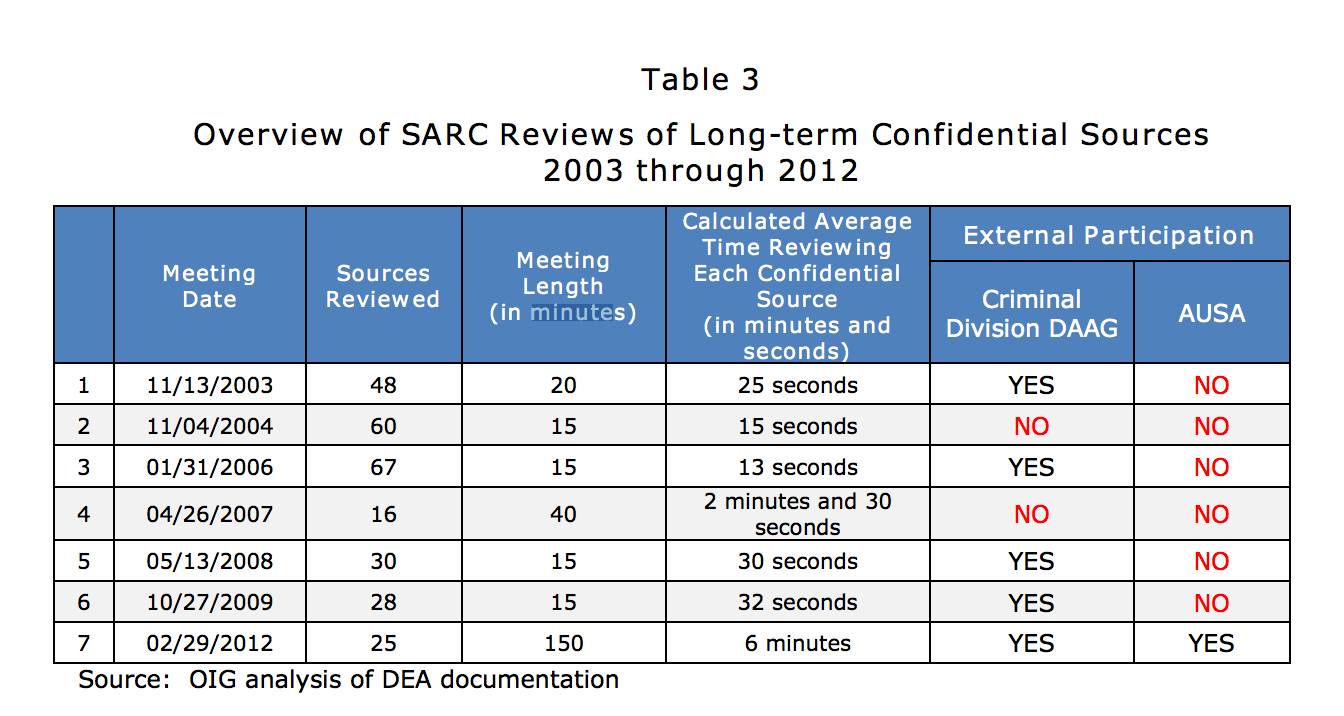 We reviewed the DEA’s documented meeting minutes for the SARC meetings conducted specifically for the review of long-term confidential sources that occurred between 2003 and 2012 and found that between 2003 and 2012, the DEA SARC’s reviews of long-term confidential sources appear to have been inadequate and infrequent. The DEA held only 7 SARC meetings during that 9-year period. Moreover, between its meeting in October 2009 and its most recent meeting in July 2014, a nearly 5-year timespan, the SARC met only once, in February 2012.

Although the minutes reflect that starting in 2006, headquarters’ confidential source files were available for SARC members during the formal meetings, there is no indication that any SARC members actually reviewed any of these files. According to this information, between 2003 and 2012, during these formal meetings the SARC devoted what we calculated to be an average of just 1 minute per confidential source to consider the appropriateness of the source’s continued use.

As the table notes, there weren’t always DOJ people present for the review either.

The longer review process reflected in the 2012 meeting reflects a new review process, so hopefully this has been improved (to a whopping 6 minute review of DEA’s long-term relationships with sources).

But for years before that, DEA was spending as little as 13 seconds reviewing the appropriateness of its use of sources.