Along with Outdated Toothpaste and Caitlin Jenner Covers, Manning in Trouble for Reading Torture Report

As you’ve likely heard the authorities at Leavenworth have put Chelsea Manning in indefinite solitary confinement for — among other things — having an expired tube of toothpaste (and also sweeping some crumbs onto the floor).

She just posted the list of materials the authorities confiscated from her. They include the Caitlyn Jenner Vanity Fair issue and what I assume is the Cosmopolitan issue on Jenner.

But in addition, the government also confiscated Manning’s copy of the SSCI torture report. 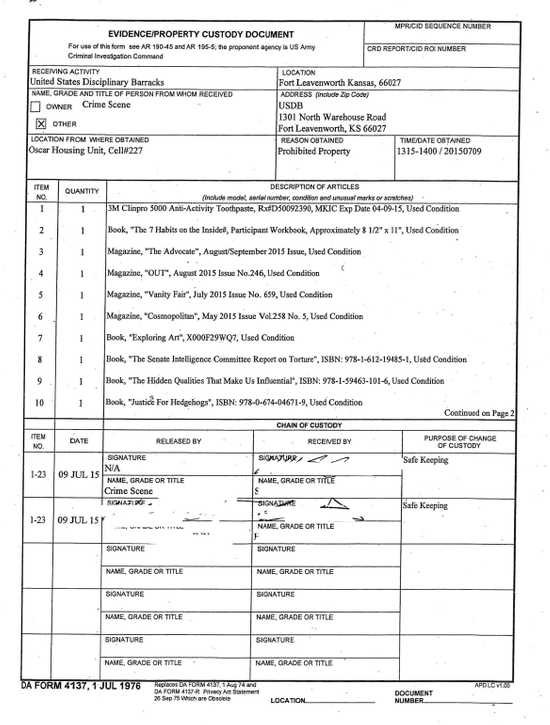 Because it is the American way to subject someone to torturous solitary confinement because she tried to read about the torture done to others before she was subjected to the same kind of forced nudity described in the report?