In 2001, it was uncorroborated reports that anarchists would be joining peace activists.

In 2003, Anti-Free Trade of Americas protests were dubiously invoked (they were also invoked to investigate peace protestors in Pittsburgh that year).

In 2007, the FBI tied the event with four other open cases, including two government trespass ones, a bank robbery, and a corruption case.

In 2009, it was the expected presence of peace activists under investigation (among other things) for ties to Palestinians and Colombia’s FARC. 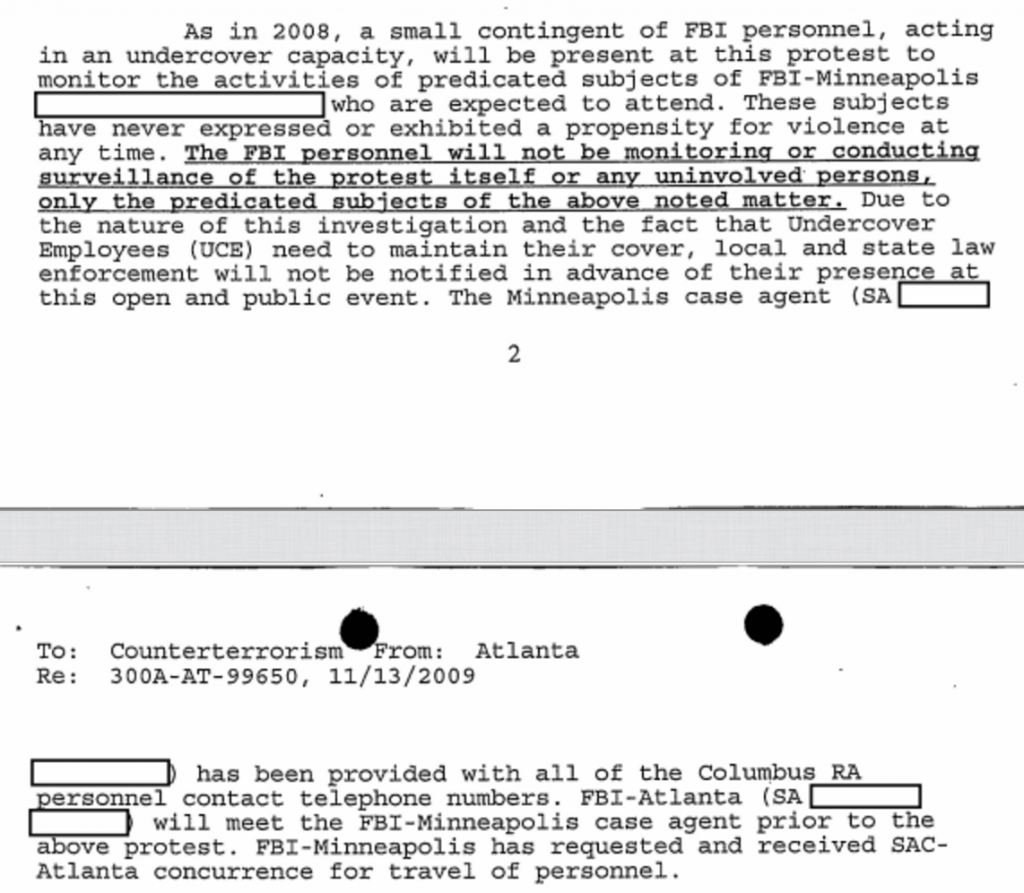 The two undercover officers who long tracked this group, “Karen Sullivan” and “Daniela Cardenas” attended that year to spy on the event.

Year after year, however — from 2000 until 2009, when consultation with the FBI’s own domestic investigations guide finally led the FBI to shut the long-running investigation down — the FBI found an excuse to track the annual protest of the School of the Americas in the name of counterterrorism preparedness, as FOIAed documents released today reveal in detail.

In other words, year after year, even while recording how peaceful the event was, the FBI still tracked and coordinated with the Columbus, GA police in the guise of counterterrorism preparedness because a bunch of people use their First Amendment rights to protest the murder and torture propagated by the SOA.

Update: I originally got the year this investigation started wrong: it was opened in 2000.