Monday Morning: So — We Meet Again 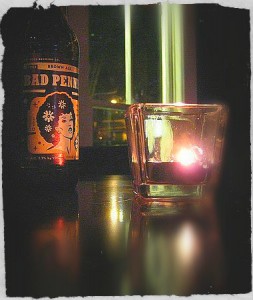 Monday: the bad penny we never escape, turning up once again beneath our cart’s wheels just as we set in motion. Just give a hard shove, push on, and don’t look back.

The good news was held until VW’s CEO Matthias Mueller arrived in U.S. for the soft opening of the North American International Auto Show in Detroit. VW is working on a catalytic converter it believes will resolved the emissions problem for roughly 2/3 of the affected vehicles. I’m guessing this is fix is intended for the oldest vehicles, and that the newest ones are likely to be swapped with a new vehicle, or a sizeable discount on a replacement will be offered. Color me skeptical about the effectiveness of this fix; if this was such an obvious and easy solution, it would already appear on VW’s diesel-powered passenger vehicles. Fuel economy will likely diminish due to increased back pressure — but that’s why I think this fix is for the oldest cars. It would encourage VW loyalists to buy a new one.

Juniper Network shuts the (a?) backdoor
The network equipment company says it’s “dropping” NSA-developed code after the revelation of a backdoor into their network device software. Does anyone believe all covert access by NSA has now been eliminated, though, if Juniper’s source code isn’t open?

Apple’s devices monitoring your emotions soon?
Ridiculously cash-rich Apple snapped up artificial intelligence company Emotient, which makes an application to interpret users’ emotions based on their facial expressions — sentiment analysis, they call it. I call it creepy as hell, especially since smartphone users can’t be absolutely certain their cameras aren’t in use unless they physically cover the apertures.

And yes, I do cover apertures on my devices with low-tack adhesive tape. It’s the first thing I do after opening the box on any new camera-enabled device, even before charging the battery.

That’s enough to get your cart moving. I hope to have a post up later, on the recent power outage in Ukraine.