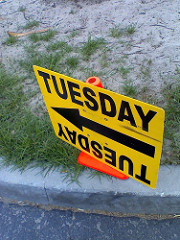 I cannot with the unexpected engagement picture in my Twitter timeline of news oligarch Rupert Murdoch and model Jerry Hall, on the heels of losing David Bowie and in the wake of El Chapo-Penn. Tell me this is the craziest it will get this week.

Some organizations are still relying on older IE versions — a dicey proposition if other non-Microsoft browsers aren’t compatible with their systems. Get a move on, people.

OMG! Terrorists may use drones!
Hoocoudanode cheap and readily available drones might be repurposed by terrorists for flying IEDs. The breathlessness. Really. But wait, they can be stopped!

I don’t know about you, but I picture the sky soon dark with counterterror drones, swarming like the air over a northern Michigan road in mayfly season.

Processor troubles
Intel’s Skylake processors run into problems with complex computing, freezing PCs. A BIOS update is being distributed as a fix. But this isn’t the only bug out there. Read this, especially this bit: “…CPUs are now complex enough that they’ve become too complicated to test effectively.”

Hmm. In other words, future shock has moved beyond consumers.

NPR interviewed VW CEO Matthias Mueller
I’m sure Porsche has been wondering what the hell they were thinking, tieing up with Volkswagen. Porsche’s top guy is now tasked with clean up after VW, and he’s struggling. Witness NPR handing Mueller a shovel, and watching as he just keeps digging.

Matthias Mueller: Frankly spoken, it was a technical problem. We made a default, we had a … not the right interpretation of the American law. And we had some targets for our technical engineers, and they solved this problem and reached targets with some software solutions which haven’t been compatible to the American law. That is the thing. And the other question you mentioned — it was an ethical problem? I cannot understand why you say that.

NPR: Because Volkswagen, in the U.S., intentionally lied to EPA regulators when they asked them about the problem before it came to light.

Mueller: We didn’t lie. We didn’t understand the question first. And then we worked since 2014 to solve the problem. And we did it together and it was a default of VW that it needed such a long time.

Somebody needs to explain the Law of Holes to Mueller.

Also worth revisiting the definition of crazy today. Carry on.