Thursday Morning: Trouble, We Haz It 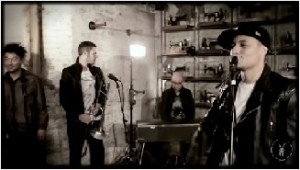 Quite literally I went looking for Trouble, and I found this video by José James from the AllSaints Basement Sessions. Might be the first time looking for trouble paid off.

Drug makers struggle with ‘supply and demand’ concept
Speaking of trouble, the World Economic Forum meets at Davos, Switzerland this week to engage in its annual circus of the wealthy. Big Pharma piped up and said it wants money to develop antibiotics to replace/augment their current lineup to which bugs have become resistant. Extortion, much?

Hello? Your drugs don’t work any longer, which means sales will go down. They don’t work because you oversold them, jackasses. You don’t get to change ‘supply and demand’. Your incentive is and always has been profits, which only happen if you sell a working product. Too bad you screwed your golden goose — and us.

Here’s an idea: in the meantime, the U.S. government should fund a competing government-owned drug research and manufacturing facility the way it funds DARPA. The public will benefit directly from the research it bought, and if private drug companies can do better, even using freely available public research, they can knock themselves out.

Still want incentives? Sure. We get a chunk of the company in exchange for a handout, just like General Motors. Now beat it and get back to research or bean counting, whatever it is you really do.

Speaking of drugs, Chinese caught spying on pharmaceutical firm GlaxoSmithKline
Along with four others, a senior-level manager and biotechnology expert based at Glaxo’s Pennsylvania facility was charged with conspiracy, wire fraud, money laundering, and theft of trade secrets. An interesting spin on this story is the involvement of a twin sibling used in money laundering. Glaxo has been at the heart of a couple other corruption stories in China, including reports of bribery and industrial espionage. These Glaxo-related stories all read like telenovela scripts.

Hey, look! A leaky backdoor built into encrypted phone calls
Shocking, just SHOCKING, that a backdoor might be so flawed that a single master key could allow the holder access to ALL phone calls in an encrypted system. It’s not shocking that GCHQ is pushing this system’s security protocol it developed in-house.

Android phones used for banking may be infected with two-factor defeating malware
Wow. This is pretty creepy. You’d think your voice would be your bond in banking, but it can be used to access your account even though your voice is part of a two-factor authentication system. Android.bankosy is the bug in question; better read this article because it’s pretty complex stuff.

Internet of Things via search engine — including your Things?
You want more creepy trouble? Here you go — but I sure hope your home doesn’t appear in these webcam feeds.

That’s enough trouble for now. Make some of your own.