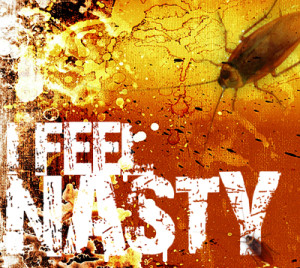 I got nasty habits; I take tea at three.
— Mick Jagger

Hah. Just be careful what water you use to make that tea, Mick. Could be an entirely different realm of nasty.

Late start here, too much to read this morning. I’ll keep updating this as I write. Start your day off, though, by reading Marcy’s post from last night. The claws are coming out, the life boats are getting punctured.

Many WordPress-powered sites infected with ransomware
Your next assignment this morning: check and update applications as out-of-date versions of Adobe Flash Player, Adobe Reader, Microsoft Silverlight, or Internet Explorer are most prone to this new wave of ransomware affecting WordPress sites. Back up all your data files to offline media in case you are hit with ransomware, and make it a habit to back up data files more frequently.

Planes inbound to the UK from regions with Zika virus may be sprayed
Take one tightly-closed oversized can, spray interior with insecticide, then insert humans before sealing for several hours. This sounds like a spectacularly bad idea to me. What about you? Yet this is what the UK is poised to do with planes flying in from areas with frequent Zika infections.

Comcast a possible smartphone service provider
NO. I don’t even have Comcast, yet I think this company is one of the worst suited to offering smartphones and service to their users. The company has expressed interest in bidding on spectrum for wireless, however. Comcast has struggled for years with one of — if not THE — worst reps for customer service. How do they think they will manage to expand their service offering without pissing off more customers?

AT&T obstructing muni broadband
No surprise here that AT&T is lobbying hard against more broadband, especially that offered by communities. The public knows there’s a problem with marketplace competition when they don’t have multiple choices for broadband, and they want solutions even if they have to build it themselves. When AT&T annoys a Republican lawmaker while squelching competition, they’ve gone too far. Keep an eye on this one as it may shape muni broadband everywhere.

Volkswagen roundup
VW delayed both its earnings report scheduled March 10th and its annual meeting scheduled April 21. The car maker says it needs more time to assess impact of the emissions control scandal on its books. New dates for the report and meeting have not been announced.

Both the Justice Department and the Environmental Protection Agency filed a civil suit against VW in Detroit this week. Separate criminal charges are still possible.