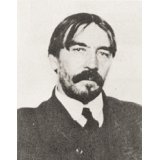 Thorstein Veblen wrote The Theory of Business Enterprise in 1904. He is best know for The Theory of the Leisure Class, with its famous phrase, conspicuous consumption. Here’s his Wikipedia entry. There are two things that recommend him to me. First, he studied with Charles Sanders Peirce, one of the central figures of American Pragmatism, and eventually worked with John Dewey, another central figure in the only genuinely American philosophy. Second, he studied with John Bates Clark, one of the earliest neoclassical economists, and rejected his views. In general, he saw the economy as embedded in social institutions, not as an entity on its own. Mark Thoma presents the views of Veblen and Clark on the state of the worker in a capitalist system; the two short pieces will help set the context for this series.

Much of what I have written here is directed at showing that neoliberal economic theory is almost useless as a guide to policy that works for the 99%. The series on Thomas Kuhn’s The Structure of Scientific Revolutions showed that in the hard sciences, successful ideas are been verified and formalized and organized into textbooks to speed up learning. In economics, the academics took the same route. That’s how we got economics textbooks like Samuelson and Nordhaus and Mankiw, both of which are I have addressed in a number of posts. The difference is that practicing economists don’t believe that Econ 101 textbooks are the best understanding of the way the economy works. Those ideas can be quite dangerous. For example, academic economists used models that don’t predict crashes to advise policymakers that deregulating the financial sector would be just fine. That led to the Great Crash. There is no penalty for being wrong. The same old failures just maunder on until death knocks them out of the expert hierarchy. As far as I can tell, they have never managed to excise a single one piece of the arrant nonsense they spout to an ignorant reporter or a politician looking for validation of a crackpot idea. They can’t even kill off the gold standard which is out there today thanks to the supposedly-educated Ted Cruz.

Why is that so? Marion Fourcade and her colleagues have some answers. What I want to do is to examine older books by the dissenters, people who didn’t buy into the silly ideas like this one from The Theory of Political Economy, 1871, by William Stanley Jevons:

I wish to say a few words, in this place, upon the relation of Economics to Moral Science. The theory which follows is entirely based on a calculus of pleasure and pain; and the object of Economics is to maximise happiness by purchasing pleasure, as it were, at the lowest cost of pain.

By “moral science” Jevons means the utilitarian philosophy of Jeremy Bentham. It was Jevons’ intent to translate those ideas into calculus. The discussion was not meant to be humorous. Keynes said that if people knew the principles underlying economics, they’d consider them preposterous, but sadly he was wrong. Nowadays, those ideas are taught to everyone as gospel. Keynes in his time, and I in mine, doubt that academic economists ever read Jevons or Pareto or any of their other intellectual ancestors, let alone the dissenters, including Veblen.

It’s my hope that by reading older books at the boundary of economics and sociology and other disciplines, we can unearth a different tradition and different solutions. And here’s a story.

I went to a sort of book club moderated by a very old man who had long since retired from the University of Chicago where he taught English literature. One of the books he selected was De Rerum Natura, by the Roman writer Lucretius, a fascinating work from about 50 BCE. It’s usually described as an early version of atomic theory. He started by telling us a story. He said that when he was in college he read a lot by the ancient Greeks, plays, philosophy, and even a bit of Euclid. It made him wonder why such smart people would take Greek Mythology seriously, when it was obviously just a bunch of fanciful stories. There were the Sophists who rejected the philosophy of Plato and Aristotle [cf. Zen and the Art of Motorcycle Maintenance by Robert Pirsig], but as we know from Plato, Socrates was condemned to die in part because he did not believe in the gods of Athens. It wasn’t until this session of his book club and his reading of Lucretius that he realized that there were Greeks who flatly rejected the mythology and attempted to conjure up from their limited knowledge a completely material description of the world.

In just the same way, there have always been dissenting economists who offered completely different views of the way a capitalist economy works. The dominant version has concealed the dissenters, not least from themselves, but we are more likely to get a good ideas from the dissenters than from people trying to tweak the dominant structure.