This little ditty seemed appropos for today. I’m surprised it was just a B-side.

Spin Factory
BAD DOG, REUTERS — When a big event happens, news media jump all over it and churn out reporting. But in the age of social media and the failure of traditional business models, crap is published and too often blown off. Like this tweet: 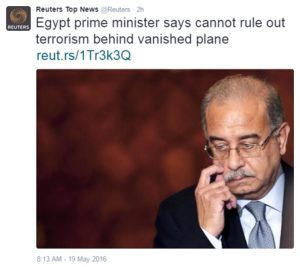 Looks innocuous, right? But it’s not — this is the replacement for a tweet that preceded it. Same story, but with a frigging picture of Donald Trump attached. I’d post that original tweet here but they deleted it before I could snag it.

Initial reaction too often is “It’s just a tweet, it’s just Twitter.” No. Hell, no. If Reuters can’t get something as simple as a photo on a tweet correct, what else are they getting wrong with slap dash coverage?

Reuters isn’t just any news outlet; businesses pay its parent corporation, Thompson Reuters for their information products. What are businesses getting in purchased real-time feeds? Some of these businesses are broadcasters. Are erroneous feeds shaping broadcasters’ perceptions before they even reproduce news content? It’s rather important today when some news outlets sought whacko tweets and quotes from Trump before attempting to get a reaction from the White House.

ON THE MEDIA — Rather than allow media churn to burn us with bad (as in poorly executed and unethical) news, best to consult On The Media‘s Breaking News Consumer’s Guide — Airplane Edition. 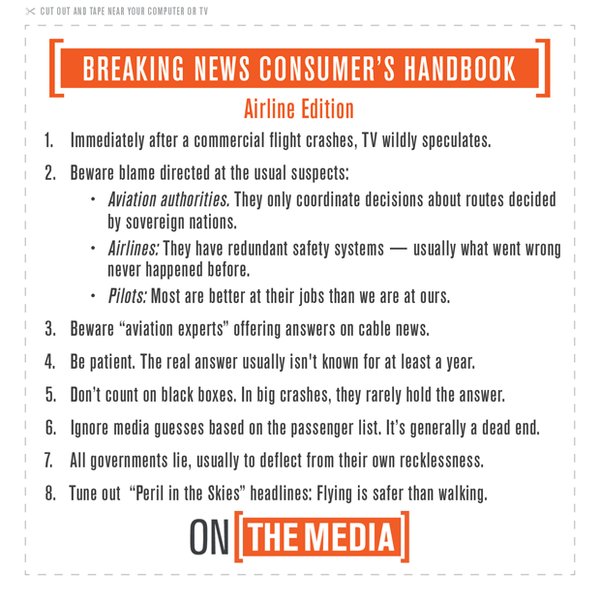 FIFTY CENT PARTY — You’ve probably seen a news story about this research. Cut out the middlemen and read it at this link:

RIP MORLEY SAFER — And more bad (as in sad) news: former CBS reporter and correspondent Morley Safer has died at age 84. The three-time Peabody Award winner retired from CBS only last week. We need more journalists like Safer, who began his career with reporting from the Vietnam War that galled then-President Lyndon Johnson for its honesty.