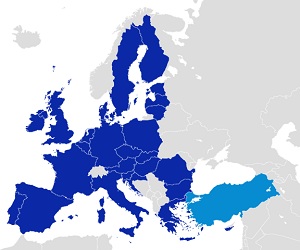 By midnight EDT I was skeptical — more than I usually am.

— President Tayyip Erdoğan was allegedly in the air at some point, allegedly asked for asylum in Germany which allegedly wasn’t granted. He allegedly flew back into Istanbul airport. Did he not seek asylum anywhere else?

— Social media was throttled or shut off in some reports, but Erdoğan managed to Facetime to an audience which is ostensibly throttled, in order to call them to defend him by rallying in the streets.

— Fighter jets and armed helicopters were flying overhead, but Erdoğan called civilians to rally in the streets? Some civilians were killed by aircraft firing on them after Erdoğan’s call to rally.

— No political party claimed responsibility for the relatively small number of “insurgents” conducting the coup. For some reason, the military members responsible for the coup undressed and disarmed on the Bosphorus bridge.

— Reports claim U.S. intelligence was taken by surprise by the coup.

— Electricity has been cut to the U.S. Incirlik air force base, where a number of nuclear gravity bombs are kept. The bombs are not an immediate threat (read the thread at that link), but who knows this?

Let’s not forget the recent attack on the Istanbul airport, responsibility for which has only been assigned by Turkish officials.

The whole thing stinks, like a Thanksgiving Day bird left out of the fridge a couple days too long.