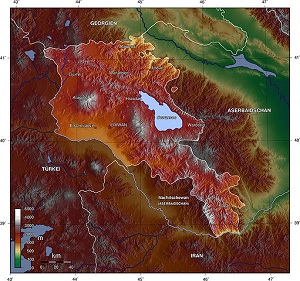 Come on, give us a break, will you? Most of us are still digging out of news on France’s latest terror attack, the 28-pages released on Friday, and Turkey’s so-called coup. Couldn’t you wait until later this coming week?

Reliable reports are even more scarce than for Turkey as Armenia is even more aggressive in its monitoring and policing of social media. What reports have emerged indicate an organized, armed hostage-taking event demanding the release of a political prisoner rather than a coup.

Persons identified as opposition sympathizers have been taken into custody; numbers taken by law enforcement or military are not available. Police snipers appear in photos.

Armenian media had not been reporting on the event and social media content is rather thin. Some Twitter accounts claim social media is not throttled, but these same accounts may be operated by government agents.

The Turkish commander of Incirlik air base was taken into custody on charges of complicity with the insurgents — some reports say ‘detained’, others say ‘arrested’.

Roughly 24 hours ago, power had been cut to the air base and flights in and out suspended. The Turkish government suspected the base had been used for fueling so-called rebel aircraft. Flights for anti-ISIS efforts resumed a little over an hour ago.

I won’t even get in to the weirdness of Erdoğan’s claims the coup was led by an ex-pat moderate cleric living in Pennsylvania’s Poconos. Or the empty gestures of UK’s new foreign secretary about the events in Turkey.

(Personally, I find it really hard to believe a conspiracy of ~6000 persons would be completely undetectable in advance.)

It’s nearly 2:00 a.m. local time in Tokyo. The Nikkei 225 opens in seven hours. Watch oil and natural gas prices. Who might benefit from all this volatility?