The Trees Have Fallen and The State of NFL Labor 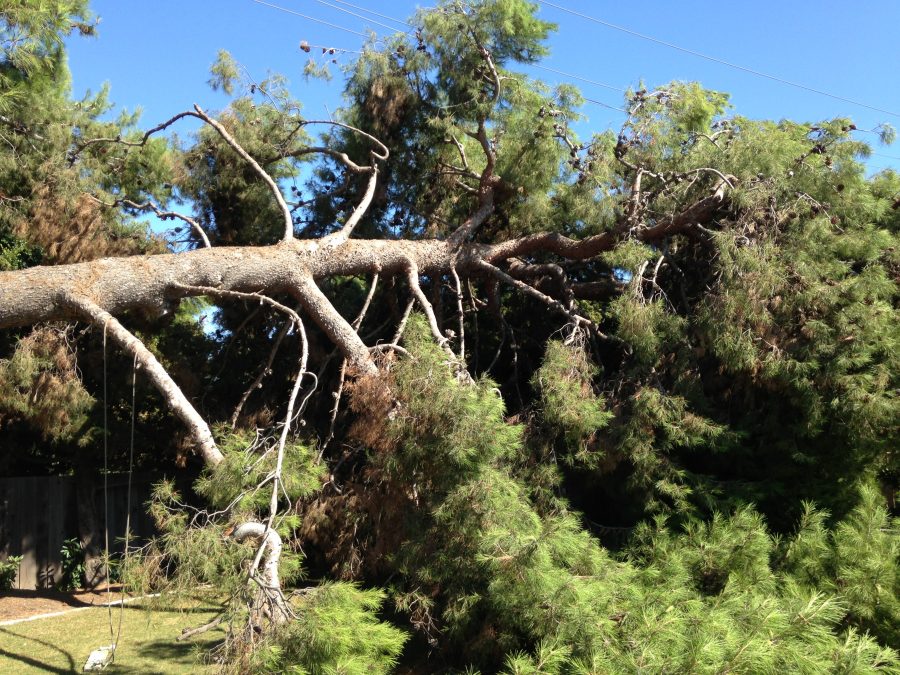 As you may recall, this blog has covered the critical labor aspect of #Deflategate from the beginning, from Marcy to me substantively as the 2015 season began:

If you have an iota of concern for fundamental fairness and due process, you ought be offended – even if this is only a civil labor law mess involving millionaires against billionaires. It all matters, and the labor law principles in play here are beyond critical to all union workers and collective bargaining agreements, not just those of rich athletes. So, yeah, don’t kid yourself, this matters. A lot. If Tom Freaking Brady cannot get fundamental fairness and due process on a collectively bargained agreement, how the hell do you think a UAW, Teamster, teacher, or any other union member will? If you haven’t noticed, labor in this country is under direct attack. Don’t be the guy (or girl!) that aids that attack just because this iteration of the conflict involves Tom Brady and/or rich athletes. This matters, both in general as to all workers under labor agreements, and to your hometown sports teams and players too.

The labor law significance of #Deflategate was true then, and it is now. So many people were oh so quick and easy to let their personal pro football prejudices, or their prejudices against pro football, control their framing and thought on #Deflategate, and their opinion as to the usefulness of the protracted litigation. It’s good! It’s bad! Brady is a hero! Brady is a criminal! But that was false framing and thought. Simply as an avatar of fundamental, and critical, labor law, #Deflategate was important and necessary. While it may be over, the ramifications will affect many, if not all, labor unions in the future, and almost certainly for the worse.

Although it will sooner or later seep into all unions and collective bargaining agreements and interpretation, the first one is likely the NFL, where an all powerful and belligerent corporate league treats its employees like meat on a rack to be bought, sold, owned and treated as a perishable commodity. The NFL is a business, and a particularly ruthless one. And there IS a deplorable imbalance between management and players (the labor).

The final takeaway from the #Deflategate litigation is that, in a CBA, management has nearly unfettered discretion to interpret and implement the provisions of a CBA (Collectively Bargained Agreement) and ALL deference and presumption will be given their decisions, whether fair, proper or not. That is very much not a good thing. So, how will that affect labor going forward? The avatar may well, once again, be the NFL, and former executive and agent Andrew Brandt has some very salient thoughts in a two part series at Sports Illustrated. Part One is here. Please give it a read, it is instructive to both NFL fans and others too.

But Part Two of Brandt’s excellent series is where I want to pick up today:

After discussing many important issues in Part I of this midterm look at the 10-year collective bargaining agreement that governs NFL owners and players, this section deals with the all-important issue: where is the money going? With billions of dollars coming into the game, there is always dispute about how much each side should claim as “their share.” The owners, to be sure, achieved their primary goal in this negotiation: to take more of it.

From the beginning of these CBA negotiations, the NFLPA was playing defense against an aggressive push by NFL owners who were intent on reversing the (literal) fortunes from the 2006 CBA extension, a deal that owners voted unanimously to opt out of before the ink was even dry. Having no success in bargaining and facing a lockout imposed by the league, the NFLPA strategy shifted from negotiation to litigation, as the union was dissolved to bring an antitrust lawsuit, Brady v. NFL (the lockout one, not the Deflategate one). Ultimately, after a negative result in the Eighth Circuit Court of Appeals, the NFLPA made a deal to get players into training camp on time.

And follow the money Brandt does. One thing that really hit home with me is the truth Brandt tells about guaranteed player contracts. Major League Baseball has them. The NBA has them. The only major professional sporting league that does not is the most deadly sport, the National Football League. The league with the most necessity to protect its labor (players) does absolutely the least to do so. More from Brandt:

Although there was much reaction this summer to eye-popping NBA free-agent contracts, many forget that we have similar gawking at NFL free-agent contracts every March (this year’s batch of golden ticket winners included Olivier Vernon, Malik Jackson, Janoris Jenkins and a few others). The difference, of course, is that while NBA contracts are fully guaranteed, NFL guarantees disappear after the early part of the contract (when teams have the lowest risk). NFL management smiles when agents deceive media and fans with reports of illusory guarantees and inclusion of no-risk first-year earnings into total guarantee.

We hear a lot of reasons why the NFL does not guarantee contracts—even from union leadership—that make perfect sense…for management. The primary reason is the high injury risk for NFL players, which, from a player point of view, is exactly the reason for guaranteed contracts. NFL contracts and the allocation of risk they provide have provided incredible value for teams, especially compared to other leagues. It is unfortunate that player contracts are so tenuous in the sport with the 1) most revenue, 2) highest franchise values, 3) greatest injury risk and 4) shortest career lengths.

So, where does that leave the labor in the NFL versus their profit whoring management? It is a complicated answer, and I truly hope you read both parts of Andrew’s series on this subject. The simple answer is with five more years under the current CBA. The better question is really what will happen leading up to, and at, the point of negotiating the next CBA? That is yet to be seen, but, if nothing else, #Deflategate proved, yet again, the incredible inequality that exists in a nation where owners are lionizes and workers are trivialized. Labor, and unions, matter. Their demise over the last few decades is significant in the demise and eradication of the middle class. Don’t let the fact that #Deflategate involved relatively rich players compared to your and my existence, but realize it is a cutout for a much larger problem.

Okay, on to the games! I was out much of yesterday and last night. Which left insufficient time to trash Rosalind and her Stanford Trees. Who proved twigs in a Husky hurricane last night. Ouch. It wasn’t just the leaves that were falling last night, as Van Morrison once described, it was the whole Tree! Today, Wisconsin at the Big House in Ann Arbor looks to be fantastic. But, honestly, I am more excited to see Louisville at Clemson in a battle between the hot ticket QB’s in the country, the Cardinals’ Lamar Jackson and the Tigers’ Deshaun Watson. Now THAT will be a fun game.

Also the deceptively 4-0 (no, they are NOT that good) ASU Sun Devils hope to bring some burning inferno to the Coliseum in LA against the USC Trojans. From my perspective (hey, I’m a lifer AND an alumni) ASU coach Todd Graham sucks. His defense is based on reckless blitzing and is ultra porous. He runs sloppy and undisciplined special teams. And his offense is spread cookie cutter crap. But USC alumni are on the warpath against Clay Helton too. I wonder which fan base prays harder for another tarmac firing?

On the Pro front, can the Patriots go 4-0 without Tom Brady? The bet here is, at Foxborough, yes. Seahawks at Jets may be interesting. Squawks have looked off this year, Wilson is at least slightly hurt, and the Jets not as truly terrible as they looked last week. Could be interesting! The two best games, pretty easily, are Chefs at Steelers Sunday night and Giants at Vikings Monday night. Steelers displayed some serious crake last week against the Eagles. The Chefs are well coached and solid on both sides of the ball. Could be a heck of a game. Giants are better, and more consistent this year. Still some major holes though. I’ll take the Vikes at their new, shiny and VERY loud home.

That is it for this week. Music by the inestimable Van Morrison.

Friday: Fusion Trump Charity A Continuing Fraud On The People Of New York