When Donald Trump Doubled Down on Donald Sterling’s Racism, Bigotry and Misogyny 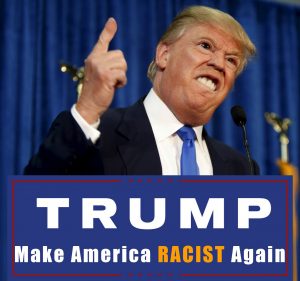 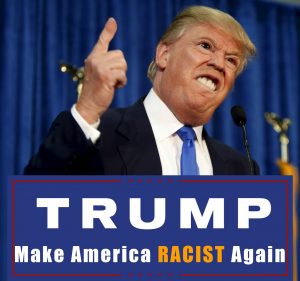 The political hills are alive with the sound of ever more stories of racism, bigotry and misogyny on the part of Donald Trump. What started with his amazing campaign announcement that Mexico was sending drugs, crimes and rapists as immigrants to the US has morphed into an ever expanding portfolio of hatred and otherism with his racism and misogyny pointed at former Miss Universe Alicia Machado as only the latest sick example.

But not that long ago, back in the spring of 2014, it was another Billionaire Donald, Donald Sterling, owner of the Los Angeles Clippers, displaying his racism, bigotry and misogyny towards his girlfriend. From New York Magazine:

The tape is of an April 9 argument between Sterling and his girlfriend, V. Stiviano, who had apparently angered the octogenarian charmer by posting a photo of Magic Johnson and herself on Instagram. “It bothers me a lot that you want to broadcast that you’re associating with black people. Do you have to?” says Sterling to Stiviano, who just happens to be black and Mexican. “You can sleep with [black people],” he explains. “You can bring them in, you can do whatever you want. The little I ask you is not to promote it on that … and not to bring them to my games.”

Other highlights from the recording include Sterling advising Stiviano that “In your lousy fucking Instagrams, you don’t have to have yourself with, walking with black people” and requesting that she “not bring [Johnson] to my games.”

So, what happened when the current Billionaire Donald, Donald Trump, was asked about Sterling’s deplorable statements? Did he decry them and say how improper and unacceptable they were? No. Of course not. Trump went off on a rant cravenly attacking the woman in the situation. Again, from New York Magazine:

Meanwhile, as calls for Sterling to leave the league continue to mount, Donald Trump sees the whole thing as the result of Sterling being “set up by a very, very bad girlfriend.”

“She’s called the ‘girlfriend from hell,’” said Trump while talking about Stiviano on Monday’s Fox & Friends. “She was baiting him and she’s a terrible human being. The way she led him along, I mean — he should know if he were there, if he was with it, he would know after one or two of those questions that she was asking that there’s something going on here.”

That seems to be the pattern and life view for Trump. Billionaire racists can do no wrong, and women are terrible humans to be ogled and disposed of as chattel at will. Once the Donald, always the Donald. It is just who he is.