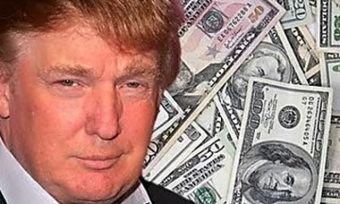 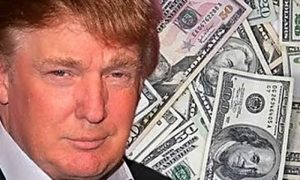 The news is out about Donald Trump’s $915 million of tax losses.

The real question is whether those losses were real economic losses, or just a tax artifice created by a clever planner.

Real estate developers like Trump benefit tax-wise from provisions that allow them to claim losses attributable to borrowed money. But those provisions are not a complete giveaway if the borrowing ultimately is repaid.

If the borrowing is not repaid, as we know to be the case of Trump’s casino debt, the tax law generally requires the person whose debt is forgiven to recognize income, which typically erases the tax benefit of those earlier losses. Even in those situations where debt forgiveness does not result in income, the borrower’s tax attributes are reduced by the amount of debt forgiven, and unused losses are at the top of the list of those tax attributes to be trimmed.

Could Trump have figured out how to have his cake and eat it too – that is, keep his losses for tax purposes, even while being excused from having to repay the borrowed money on which those losses were based? Yes, it is possible!

One possibility is that Trump’s lenders agreed not to expressly forgive Trump’s debt, but instead to sell their rights as lender for pennies on the dollar to an individual or entity close to Trump, such that it would never be enforced. This strategy is referred to as “parking” the debt. Some tax professionals like John Hempton at Bronte Capital and commentators like Josh Marshall at TPM have speculated this is the artifice Trump and his advisors engineered to preserve Trump’s huge losses and thus shelter close to a billion of future income from tax.

Does the tax law permit the parking of debt that effectively has been forgiven? Certainly not by design. If Trump parked the debt with a close relative, the tax code would have treated it as if the debt was forgiven.

Trump could have parked the debt with someone not so closely related or with a friend, but not if had an agreement that said person would not enforce the debt. Which means he’d be at severe risk, as the person could turn on him and enforce the debt. That would have been almost a billion dollar risk. It is hard to imagine Trump, his accountants and attorneys permitting that.

Could Trump have parked the debt with a corporation, trust or partnership he controlled? In a word, yes. Congress tried to prevent debtors from circumventing the law this way as well, but they inadvertently created a small crack in the law, which Trump just may have been able to squeeze through.

The tax code expressly identifies corporations, partnerships and trusts deemed too close to a debtor to purchase his debt without causing the debt to be deemed forgiven for tax purposes. Those rules were well written. After they were written, however, and not long before Trump faced his financial difficulties, Congress created a new type of entity for tax purposes only, the “real estate mortgage investment conduit,” or REMIC. Those rules state, in no uncertain terms, that certain partnerships, corporations and trusts become something else for tax purposes. They are expressly NOT to be treated as partnerships, corporations or trusts. Thus, unwittingly, Congress created a gaping yet little noticed hole in the rules that prevent parking debt with a controlled corporation, trust or partnership.

And Trump may have seized on Congress’ mistake.

The REMIC rules were enacted in 1986 to facilitate investment in mortgage-backed securities (yes, those securities that crashed the economy in 2008). A REMIC is a partnership, corporation or trust under the law of the state in which it is formed (usually, Delaware) that holds almost exclusively interests in mortgage debt, and satisfies a few additional statutory requirements related to the type of ownership interests (for example, corporate stock, partnership interests, or beneficial interests in a trust) it issues.

Congress anticipated that REMICs would hold entire pools of mortgage interests, but never specified a minimum number, which means a REMIC might hold only one mortgage – for example, the mortgage on a Trump casino – and still qualify. Or it could be multiple similar obligations.

A few clever tax lawyers realized that by qualifying a partnership, corporation or trust as a bastardized form of REMIC, they could circumvent the rules that prevent the parking of debt with a controlled entity to avoid debt forgiveness income.

Trump’s situation quite clearly lent itself to this exotic strategy. If he used a REMIC he controlled to purchase the mortgage debt on one or more of his casinos (and/or other properties) at a deep discount, the rules that prevent debt parking would not have applied to him.

The bottom line: Trump indeed could have used a debt parking strategy to preserve close to a billion dollars in losses for tax purposes even though he avoided the economic loss on which those tax losses were based.

Did Trump employ this strategy? Nobody knows yet, but it would explain why those losses still showed up on his tax return in 1995 and how he gamed the system for an enormous tax windfall.

The secretive and shady nature of whatever avoidance scheme Trump has used, which would clearly be on the edge of legality, even if putatively legal as Trump claims, would also very easily explain why Trump steadfastly refuses to make public any more of his tax return information.

It is also exactly why the public is entitled to see his convoluted machinations and judge for themselves his honesty. And, remember, all statutes of limitation, both criminal and civil, have long ago expired as to the 1995 and surrounding years tax returns. There is no legitimate reason whatsoever Trump cannot release them. Other than fear that what he is hiding is exposed.

When Donald Trump Doubled Down on Donald Sterling’s Racism, Bigotry and... “In the First Half of 2016” Signal Received an (Overbroad) Subp...