The Kids Are Alright Trash Talk 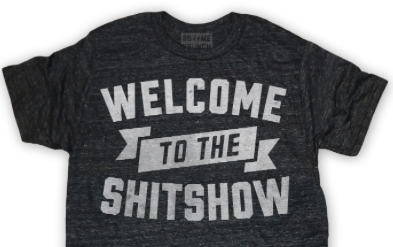 Been in a rather heated matter all week, and Marcy has been traveling. Bottom line is, blogging has been thin here. Sorry about that. And this post will be only a band-aid, and I apologize about that as well. Problem is, while I was off heatedly litigating things, a friend eventually, who started out as judge who always treated me well while he was the Presiding Criminal Judge in Maricopa County…..has died. This was one hell of a man.

As to college, Texas A+M versus Alabama.

Pros, Pack killed the Bears, and only amplified in the process the problems with Aaron Rodgers and the entire Cheese team. Sad!

In other NFL news, There are a lot of good games, but few great ones. And Roger Goodell and the NFL are losing ratings because the are craven pieces of unattractive shit dominating the news. Irrespective of the superlative play of the NFLPA players. Goodell needs to look in the mirror for “what’s wrong” with the league he incompetently leads.

Frankly, screw the @NFL, baseball has some real and compelling excitement. The long suffering Cleveland Indians already have punched their ticket to the World Series. The battle between the Cubbies and Dodgers looks to be a League Championship Series for the ages. I grew up a Dodgers fan, but am firmly in the Cubs side now. Hey, if you have ever been to Spring Training in Phoenix, you KNOW the Cubbies rule. Let it so be this year in the NLCS.

Then there is the US Grand Prix. You’d think I would be all over this. And, yet, I never really have been. Austin is a great city, but COTA is a shitbag track, and as has been case for many decades, the US attempt at Formula One is total shit. Hey, they even tried it during the hottest part of the Phoenix heat once. Because THAT was a brilliant idea for “resurrecting” F1 in the United States. The Circus teeters between its old greatness and a Donald Trumpian like death spiral shitshow.

That is Trash. Love it or leave it.

UPDATE: A few quick words: A lot has been made of the Josh Brown mess with Goodell and the NFL this week. Oh, my, even the NFL owners are upset!!

Yeah, Jesus Fucking H. Christ, it is oh so predictable that the “Billionaire” asshole “owners” would get “upset” when their precious profits are on the line. There is nothing, and I mean NOTHING, new on the line between the NFL and reality on the Josh Brown case that was not there geometrically as to the Ray Rice case Roger Goodell and the NFL fucked up worse than a scumbag slimy Donald Trump Gropalo pick up artist in a classy bar.

When I say “mess”, I am being kind. How the NFL and NY Giants Security Offices operated in the Josh Brown case bears no, that is NO, relation to what I have seen out of professional professional pros sports security offices, including those of the NFL, over decades of years. Hey, it has been a few years, “maybe” they all became completely incompetent and ineffectual in that time. Draw your own conclusions, but I will not bet on that one.

Goodell and the NFL perpetuated as completed, falsely litigated, and unmitigated fraud on the world public with the idiotic “Deflategate” case, that did not even track basic physics, as can be imagined.

But, now, you should totally believe the NFL and the Giants’ John Mara that “Golly we never could have known that there was domestic violence here in the home of domestic violence and, yes, there is absolutely no difference between a white pasty ass kicker and a black running back.”

This is a pile of shit schticht that makes Captain Renault in Casablanca look credible. But, then again, that is Roger Goodell’s NFL, isn’t it?

Yahoo to Clapper: Global, Global, Beyond our Borders, Global The Jetzon’s Self Driving Auto Car Drone Aint Here Yet