Or Maybe the FBI Really Did Have a Reason to Stay Off the Russian Attribution? 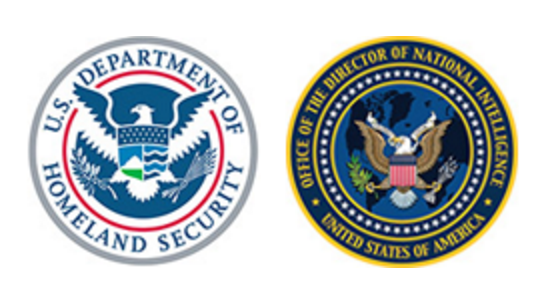 In the latest development, a single source — a “former FBI official,” offered with no description of how he or she would know — told CNBC that weeks ago Jim Comey refused to join onto the Intelligence Community’s attribution of the DNC hacks to Russia because it was too close to the election.

FBI Director James Comey argued privately that it was too close to Election Day for the United States government to name Russia as meddling in the U.S. election and ultimately ensured that the FBI’s name was not on the document that the U.S. government put out, a former FBI official tells CNBC.

The official said some government insiders are perplexed as to why Comey would have election timing concerns with the Russian disclosure but not with the Huma Abedin email discovery disclosure he made Friday.

In the end, the Department of Homeland Security and The Office of the Director of National Intelligence issued the statement on Oct. 7, saying “The U.S. intelligence community is confident that the Russian Government directed the recent compromises of emails from US persons and institutions, including from US political organizations…These thefts and disclosures are intended to interfere with the US election process.”

According to the former official, Comey agreed with the conclusion the intelligence community came to: “A foreign power was trying to undermine the election. He believed it to be true, but was against putting it out before the election.” Comey’s position, this official said, was “if it is said, it shouldn’t come from the FBI, which as you’ll recall it did not.”

In spite of what Hillary said at the most recent debate, the statement was billed as a “Joint Statement,” though it did claim to represent the view of the intelligence community.

Until someone else confirms this story — preferably with more than one source, one clearly placed in a position to know — I advise caution on this.

That’s true, first of all, because a bunch of people who likely harbor grudges against Jim Comey are coming out of the woodwork to condemn Comey’s Friday statement. Given the reasons they might resent Comey, I really doubt Alberto Gonzales or Karl Rove were primarily motivated to criticize him out of a concern for the integrity of our election process.

The same could be true here.

The other reason I’d wait is because of reporting going back to this summer on the case against Russia. As I’ve noted, reporters repeatedly reported that while there seemed little doubt that Russia had hacked the Democrats, the FBI had not yet proven some steps in the chain of possession. For example, at the end of July, FBI was still uncertain who or how the emails from DNC were passed onto WikiLeaks.

The FBI is still investigating the DNC hack. The bureau is trying to determine whether the emails obtained by the Russians are the same ones that appeared on the website of the anti-secrecy group WikiLeaks on Friday, setting off a firestorm that roiled the party in the lead-up to the convention.

The FBI is also examining whether APT 28 or an affiliated group passed those emails to WikiLeaks, law enforcement sources said.

As I noted, the IC attribution statement actually remained non-committal on precisely this step of the process, finding that the leaks of emails were consistent with stuff Russia’s GRU has done in the past, but stopping short of saying (as they had on the hack itself) that it is confident that Russia leaked the files.

Which is to say the same thing the FBI had questions about in July is something that remained non-committal in the October statement, which might be one of a number of reasons (including that FBI wants to retain the ability to prosecute whoever they charge with this, including if it is a currently unknown middleman) that the FBI might not want to be on the attribution. FBI was unwilling to fully commit to the accusation in July, and apparently unwilling to do so in October.

Note that CNBC’s anonymous source, even when confirming that Comey backed the statement, didn’t confirm he backed the whole content of it. The person contrasts the most aggressive quote from the IC statement:

… the U.S. intelligence community is confident that the Russian Government directed the recent compromises …

With this, allegedly from Comey:

A foreign power was trying to undermine the election

Those statements are not the same thing, and it may be that FBI continued to have perhaps not doubts, but unproven holes in the case, that led to caution on the Russia statement.

In any case, it’s not that I believe the anonymous CNBC statement to be impossible. But there is another perfectly consistent explanation for Comey hesitating to name FBI on that IC attribution.

Update: Ellen Nakashima has a version of this story (sourced to more than one person) now. Here’s an excerpt, but definitely read the whole thing for the logic (or lack thereof) FBI used.

In the debate over publicly naming Russia, the FBI has investigative interests to protect, officials said. At the same time, other officials said, the aim of public attribution was to stop Russia from undermining confidence in the integrity of the election.

But the White House, Justice Department, State Department and other agencies debated for months whether to officially blame Moscow or not.

Comey’s instincts were to go with the public attribution even as late as August, said one participant in the debate. But as the weeks went by and the election drew nearer, “he thought it was too close,” the official said.

When, by early October, the decision was made, the talk shifted to who would make the announcement. In December 2014, it was the FBI that publicly pointed the finger at North Korea for hacking Sony Pictures Entertainment and damaging its computers. That was because the attribution to Pyongyang was based on the FBI investigation, said a senior administration official.

The announcement did not mention the White House, which also had been very concerned about appearing to influence the election.

Halloween Monday: Dying for Love If Richard Burr Jokes about Assassination in Secret, What Else Does He Joke...