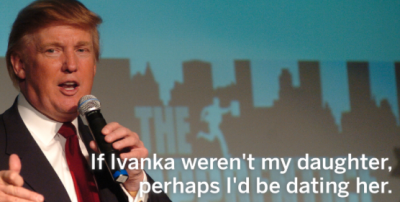 Week 11 of the National Goodell League is upon us. Once again there was little of interest in the student athlete part of football, but I will summarize briefly.

In the NCAA, Houston unceremoniously dumped the once darling of big conference outsiders, Louisville, and did so before Saturday. So, that is over. The always mighty regular season chumps, Ohio State, eked out a win over the unusually lowly Michigan State Spartys. No,Michigan did not look that good in holding serve against Indiana, but hold they did. Next week’s meeting with OSU will now be portrayed as the most epic thing in the now Trumpian world. It is not. Colorado has quietly had a very good season, especially if you know Buffalo football (I do). Penn State and Oklahoma (I miss Freepatriot) are also showing some mettle. And, still, I wonder if USC may not, by playoff time be the team that, but for their early record, ought be there. Sam Darnold’s emergence has put the Trojans on a different plane. After next week, heading into conference championships, I will really start to care.

In the NFL: Panthers topped the Saints on TNF; didn’t think that would happen. Bills and Bengals may be a game to watch, Wagon Circlers have early lead. Brownies aint gonna beat the Stillers, even in wounded state Pittsburgh is. Ravens at Cowboys will be interesting in that Dak Prescott is newly and duly anointed as THE QB for Dallas. But Flacco has a SB ring and has been called out. Could be trouble for the Boys. No, the Eagles and their rook QB are not going to beat the Squawks in Seattle. Squaws are getting dangerous about now. Fish at Rams? Please.

Packers at Skins will be a truly telling game. For all the love of Rodgers, the Pack are in disarray and nobody EVER questioned Favre’s desire, heart and team camaraderie. Never. Mr. Olivia Munn Discount Doublecheck has a thing on his hands, and I am not so sure the Skins are not a better team right now. That will be fun. Texans at Raiders on MNF might be really fun. Gotta pick the Raiders here, but the Texans are better than you think, and if Osweiller ever starts clicking, they could be really scary. I really do look forward to this MNF game, for once.

Music this week by Pink Floyd wondering who the Trumpalos will be gunning for, and hoping it is not with nukes.

Trump Versus the [Dead-Ender] Spooks Swear or Affirm, Protect and Defend